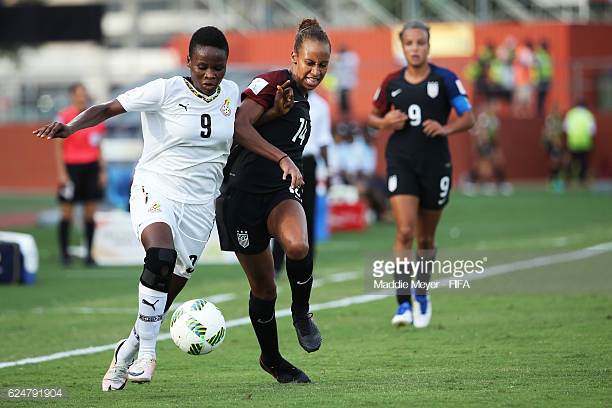 Black Princesses striker Sandra Owusu Ansah says the team has set a target of reaching the knockout stages of the FIFA U-20 Women's World Cup next month in France.

The female U-20 team have been preparing for the World Cup for the past two weeks at the Ghanaman Soccer Center of Excellence in Prampram.

The team is expected to leave Ghana to continue with preparations in Spain. Ahead of the World Cup in France next month, striker Sandra Owusu Ansah who says the team is ready for the competition added their prime target is to make it out of the group.

"We are preparing well for the competition and we hope to make ourselves and Ghana proud," she said

"Everything is going on well with us in camp and hopefully by the team we get to France we will be ready for the competition.

"Our target is to get out of the group stages and then we will look at winning it."

Ghana will open the competition against host France in group A with the Netherlands and New Zealand their other rivals in the pool.

Sandra Owusu Agyeman will be appearing in her second World Cup after representing the country in Papua New Guinea two years ago.

A lot will be expected from the 18 year old following injury to star striker Priscilla Adubea, who has been ruled out of the competition.