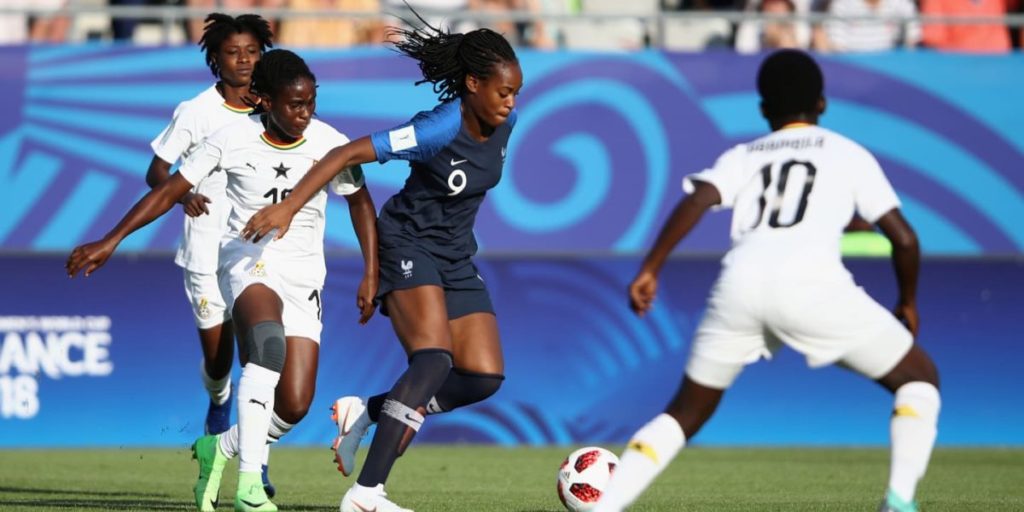 The Black Princesses of Ghana were beaten in the opening game of the FIFA U-20 Women's World Cup by host France by 4 goals to 1.

France needed just five minutes to get on the score sheet. Emelyne Laurent ran on to the end of a brilliant cross from Selma Bacha and fired in a shot that ricocheted off the crossbar and post before bouncing over the goalline.

Les Bluettes continued to dominate and were rewarded for their progressive play when captain Marie-Antoinette Katoto pulled back an inviting cross for Helene Fercocq to calmly guide a shot with the inside of her foot into the far corner to double their lead.

Laurent added a second on the evening in the 31st minute, with a lobbed effort that also kissed the crossbar before making it 3-0 for the hosts.

Ghana are without key player Princella Adubea, who is absent from France 2018 due to injury, and struggled to create many goalscoring opportunities. However, they did eventually get on the scoresheet in the second half when Grace Asantewaa played in Sandra Owusu-Ansah, who then rounded goalkeeper Mylene Chavas before finishing her chance to bring the Black Princesses to within two goals of the tournament hosts.

However, France substitute Sandy Baltimore put the icing on the cake in the very last minute of second-half stoppage time when she tapped in from close range after Katoto's free-kick was initially saved by Ghana goalkeeper Martha Annan.