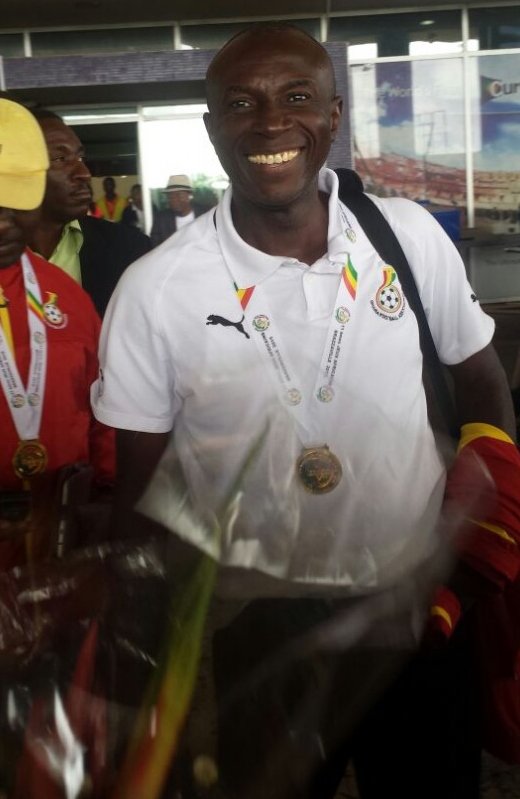 Head coach of the senior national female soccer team the Black Queens, Yusif Basigi beat off competition from AshGold coach Basiru Hayford to win the SWAG 2015 Coach of the Year.

Basigi guided the Black Queens to win gold at the 2015 All Africa Games as well as guiding Hasaacas Ladies to the National Women’s League title last year.

Bashiru Hayford who posed a serious threat to Basigi following his Ghana Premier League title triumph as well as winning three other trophies in the year could bot convince voters to vote for him.

The AshantiGold coach won the GHALCA Top 4, the Adansiman Cup and the Otumfuo Cup in addition to the league which had eluded the Aboakese lads for 19 years.

However, Basigi’s exploits with the female teams attracted plaudits from the Sports Writers Association of Ghana who crowned him the Coach of the Year.