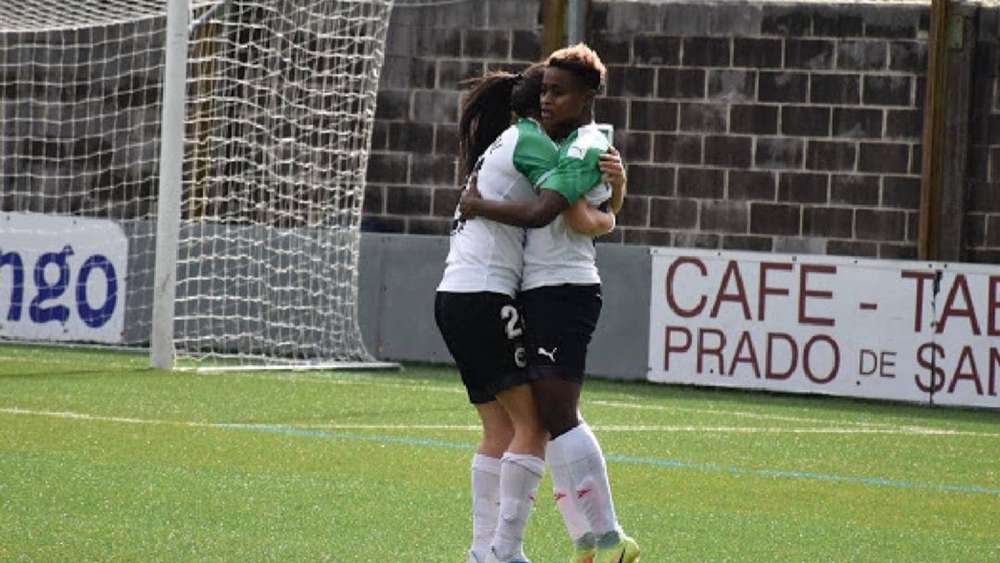 Ghana female star Princella Adubea announced her readiness for the upcoming season in Spain after bagging a hat-trick in Racing Santander’s friendly win on Sunday.

The Black Queens forward, who joined the Reto Iberdrola side in the summer transfer window, is poised for the start of the new campaign as she tightens her goal scoring boot with a fine performance.

Adubea scored the first of her three goals after just seven minutes, before adding a second few minutes later.

Caceres pulled one back in the second half after Spanish player Andrea Fernandez scored to halve the deficit.

Liu Jun restored Racing’s two goal lead, but Andrea Fernandez was one again at the rescue of Caceres with her second of the game.

The Ghanaian forward completed her hat-trick with a fine finish on 70 minutes before Yami Badell completed the mauling for Racing.

The former Black Princess attacker has set sights on helping the Reto Iberdrola side gain promotion to the top division.

She joined from Sporting Huelva in June.