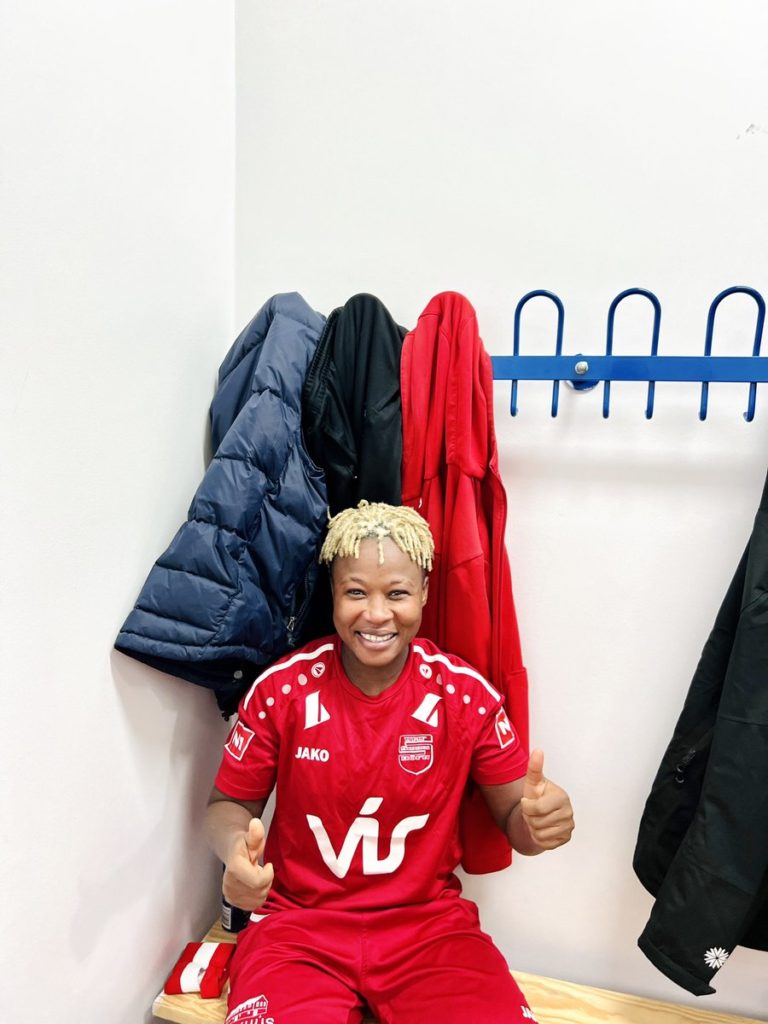 She achieved the milestone at the weekend with congratulatory messages pouring in for the 30-year-old.

Samira has been playing in Iceland since 2015. She first signed for Ungmennafélagið Víkingur on loan and made the deal permanent a year later.

Samira moved to UMF Sindri Höfn and in 2020 was named in Icelandic team of the season as well as bagged two club awards.

She was adjudged the club’s Most Valuable Player for her performances throughout the season and picked up Goal Queen award.

Samira is a former player of reigning Ghanaian champions Hasaacas Ladies who have been ranked 55th best women's club in the world.

Suleman was part of the Ghana squad for the 2014 African Women's Championship.

She scored in Ghana's 1–0 win over Ivory Coast in the semifinals of the 2015 African Games.

In April 2016 she scored Brace against Tunisia which helped the Black Queens qualify for the 2016 African Women Championship in Cameroon and was nominated for an award by the Sports Writers Association of Ghana (SWAG).