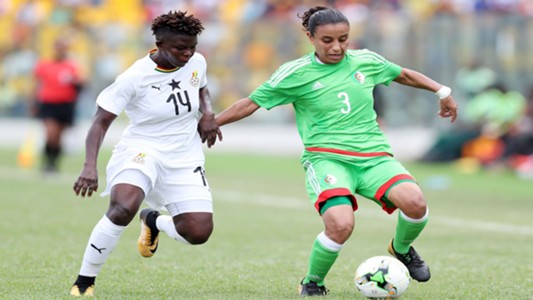 Black Queens winger Priscilla Okyere says the team was under pressure to perform in-front of the home crowd in the opening game of the Africa Women's Cup of Nations against Algeria.

Ghana narrowly won by a goal but missed several chances to have registered a huge scoreline.

The Spartak Subotica midfielder revealed they were eager to score more goals, hence the reason for spurning more opportunities.

“This is the first time we were playing against such a crowd and we felt the pressure,” she told FootballmadeinGhana.com. “We were very eager to score and that is why we missed a lot of the chances.”

“Now that we have our first three points I think things will settle for us,” she added.

Ghana will next face Mali on Tuesday, and a win could see the Black Queens progressing to the knockout stages of the competition.

The Black Queens are chasing their first ever AWCON title, having lost in three finals previously.