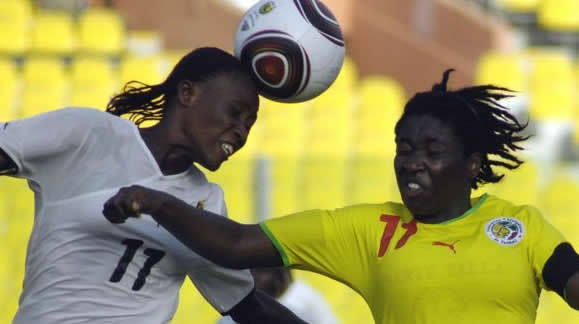 Ghanaâ€™s female national team will arrive in Cameroon later on Thursday ahead of the crucial return leg of the African Womenâ€™s Championship qualifier.

Coach Kuuku Dadzie has been trimming the rough edges at Ethiopia over the past six days where the team has set up a camping base to acclimatize as well.

The Black Queens face a daunting task to qualify for the championship in Equatorial Guinea after they stuttered at home in the first leg.

They were held 1-1 by their Olympic-bound side at the Accra Sports stadium, meaning anything short of victory or a higher scoring draw at Yaounde will see them failing to qualify for the competition.

Cameroon have toppled their Ghanaian counterpart on the latest Fifa Coca Cola rankings which see the Black Queens drop to the third position.