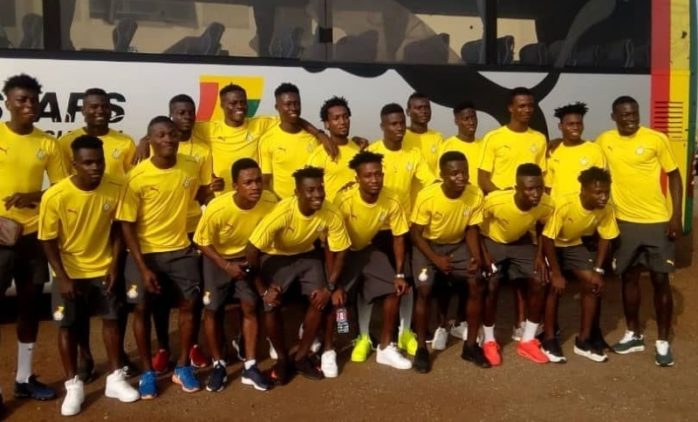 Black Satellites coach Jimmy Cobblah has named a 24-man squad for the final phase of preparations ahead of the Africa Youth Championship next month.

The team will leave Ghana for Niger today to continue preparations for the competition that begins on February 2nd and ends on 17th of the same month.

Coach Cobblah will prune the squad to a final 21 man squad to make way for some of the top stars who are currently involved in club duties in Europe.

The Black Satellites have been in camp for the past three months, where they were engaged in a couple of friendlies.

However, after Saturday's defeat to Hearts coach Jimmy Cobblah could be naming his team for the competition today before departing for Niger.

Ghana have been paired with Senegal, Mali and Burkina Faso in Group B of the tournament which begins on February 2nd and ends on 17th of the same month.

The former FIFA U-20 champions are eyeing another outing at the mundial but would have to reach the semis to earn a spot in Poland 2019.

Below is a full list of the 24-man squad: