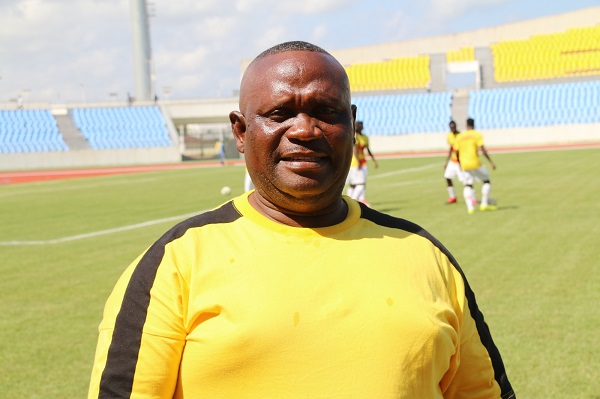 Head coach of the national U-20 team, Jimmy Cobblah says the Black Satellites main objective at the Africa Youth Championship is to qualify for the FIFA U-20 World Cup in Poland later this year.

The Black Satellites arrived in Niger on Monday to complete the final phase of their preparations for the tournament which begins on February 2nd.

Coach Cobblah believes the team has had enough preparations for the competition which will serve as a qualify for the World Cup.

Ghana has to reach the semi finals to book a place at the global showpiece and coach Jimmy Cobblah is confident his side can achieve qualification.

“We are on course because we have had enough preparation. We will surely qualify for the World Cup. I am very confident because every member of the team can play in more than two positions.

“So far, the team is taking shape and we believe it will be stronger with the inclusion of some foreign based players such as goalkeeper Abdul Manaf Nuredeen, Issahaku Konda and Kudos Mohammed who are excelling in their respective clubs abroad,” he told the Daily Graphic.

Ghana remains the only country from the continent to ever win the FIFA U-20 World Cup, a feat coach Jimmy Cobblah is poised on emulating.

“I have always had the 2009 U-20 World Cup victory by Ghana as my goal, and I hope we can emulate that feat.

“We are ever ready for the Africa Youth Championship; this is a stage that will ensure our qualification to the World Cup so we are not taking it for granted,” Jimmy Cobblah concluded.

The Black Satellites are three times winners of the Africa Youth Championship and are considered favourite for this year's tournament.