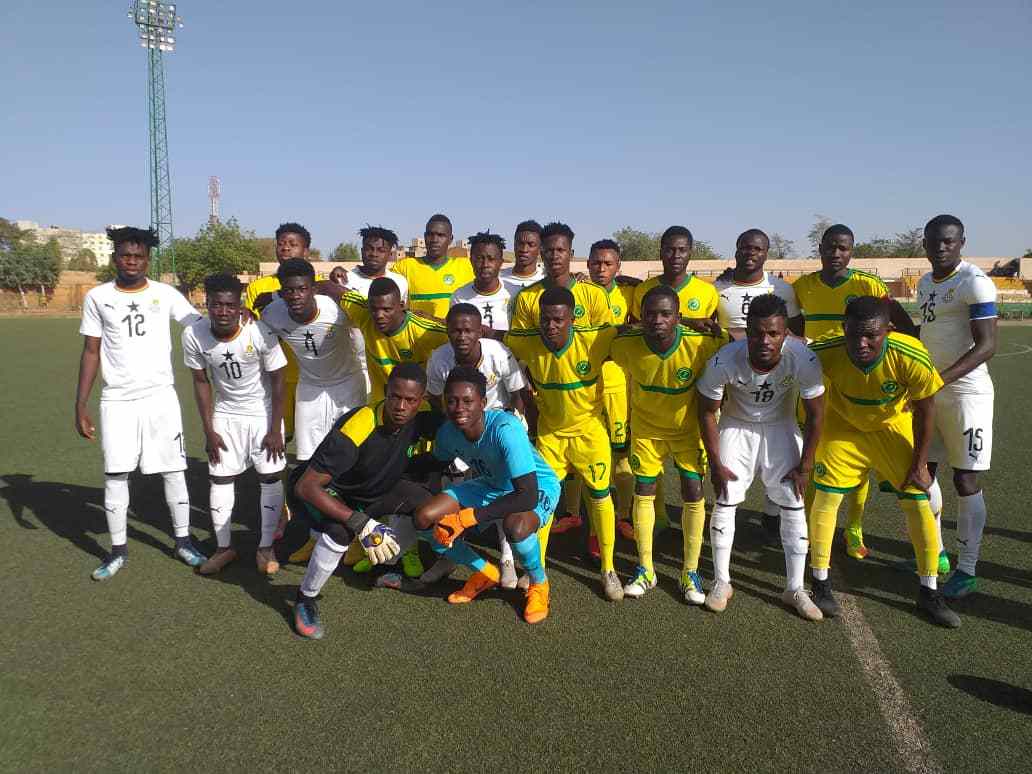 The Black Satellites of Ghana were held by Nigerien side Sahel FC to a 1-1 draw in their final friendly ahead of the Africa Youth Championship this weekend.

Ghana were down by a goal as early as the second minute, when Sahel FC forward Forouk Fuseini connected from a cross on the left side.

The Black Satellites pulled level in the seventieth minute through striker Sabit Abdulai.

The team has been in Niamey for almost two weeks now, preparing for the tournament with a number of friendlies.

Coach Jimmy Cobblah's side remain winless in preparatory games but the team has been boosted by the arrival of first choice goalkeeper Manaf Nurudeen.

The Black Satellites are in group B of the competition alongside Senegal, Burkina Faso and Mali.

The semi finalist from the competition will qualify for the FIFA U-20 World Cup in Poland later this year.

Ghana are three times champions of the Africa Youth Championship and the only side from Africa to win the World Cup.