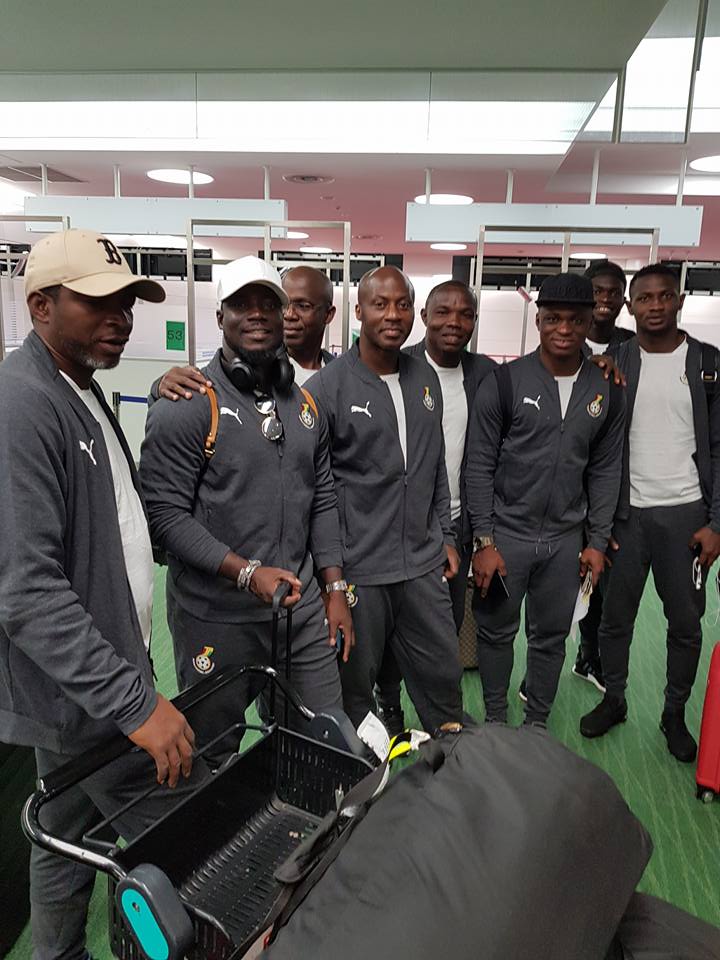 The senior national team of Ghana, the Black Stars have arrived in Tokyo for the International friendly against the Blue Sumarai of Japan.

The Black Stars will face Japan on Wednesday as part of promotions and preparations for the Africa Cup of Nations qualifiers with the Asian giants also preparing for the World Cup in Russia.

Coach Kwesi Appiah named a 21 man squad for the game against Japan. The team spent a week training in Accra with most of the players absent but will meet the rest of the squad in Tokyo.

Ghana missed the World Cup but have began AFCON qualifiers on a bright note after thrashing Ethiopia 5-0 in Kumasi.

After the Japan game, the team will next face Iceland in another friendly.

Head Coach of the side Kwesi Appiah insists the game will help build a formidable team ahead of the Arica Cup of Nations in 2019.