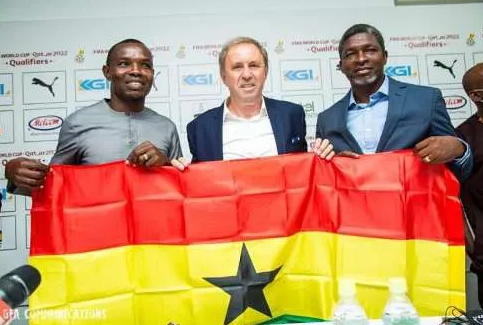 The Black Stars backroom staff has been disbanded by the Ghana Football Association (GFA) following the team's dismal showing at the 2021 Africa Cup of Nations in Cameroon.

The decision was announced on Wednesday, with head coach Milovan Rajevac, re-appointed three months ago, sacked.

For Konadu and Kingston, it is the second time they have been sacked by the GFA as they held similar roles during Kwasi Appiah's second stint.

Ghana failed woefully at the tournament as they finished bottom of their group with a single point. Black Stars were beaten by Morocco and Comoros and drew with Gabon.

A new backroom staff will be announced and their first task will be to ensure Ghana qualify for the 2022 FIFA World Cup in Qatar.

Ghana face a tough test in the final qualifying round as they have drawn against Niegria.