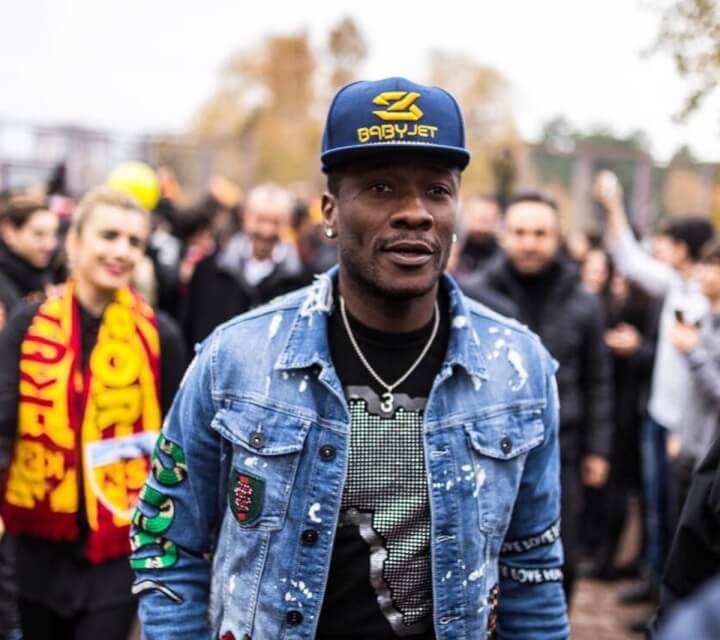 The former Liberty Professionals forward is in the country on holidays after the end of the Turkish Super Lig, and so took time off to watch his former side play against the team he potential will play before hanging his boots- Kumasi Asante Kotoko.

Liberty were held by the Porcupine Warriors in a pulsating 1-1 draw game. Edwin Tuffuor scored for the home side after rejoining the team in the transfer window before Captain of Kotoko Amos Frimpong pulled level.

Gyan who was speaking to reporters after the game felt his boyhood club, Liberty Professionals should have walked away with all three points.

"It was a good game," he said. "I think Liberty Professionals should have won the game. We had a couple of chances that we should have buried but at the end of the day they played against a top side like Kumasi Asante Kotoko."

"A draw is okay but I think we had the edge over Kumasi Asante Kotoko," he added.

The 32 year old who left Liberty for Udinese at a tender age was wowed by the talents on display. According to Gyan he was impressed by some of the players on the pitch.

"I have seen some talents in there, I don't want to mention names but there were a couple of players who were playing some matured football. In all it was a good game and the fans were out there to support their club but i still feel we had the edge over Kotoko," he concluded.