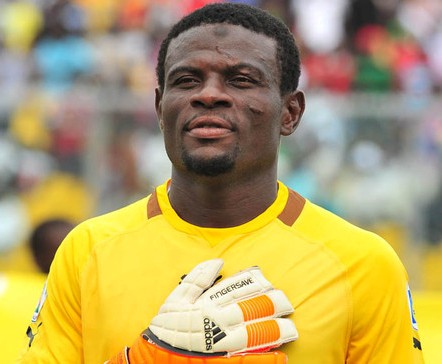 Fatau Dauda in Ghana's World Cup camp in the Netherlands

Black Stars second choice goalkeeper Fatau Dauda has appealed to the Confederation of Africa Football (CAF) to consider allowing native players who play for clubs on the continent to play in the CHAN tournament.

The Championship of Africa Nations is a tournament played on the continent by locally based players introduced by CAF in 2009.

But the former Orlando Pirates shot stopper thinks that limiting the tournament to only locally based players will not allow others to have national caps.

He argues that since the players are all based on the African continent, CAF should consider allowing them to play to increase the marketing of the competition.

“CAF must start considering that. In terms of marketing, it will add more to the competition.

“It will make the tournament attractive and competitive because it will simply epitomize AFCON just that it wouldn’t involve players outside the continent.

“Ghana has a lot of exceptional players who play in other African countries but are unable to get into the Black Stars due to stiff competition. The same thing applies to Nigeria, Cameroon, and all other countries.

“So if CAF can consider that, it will also afford those players some national caps,” Fatau argued.