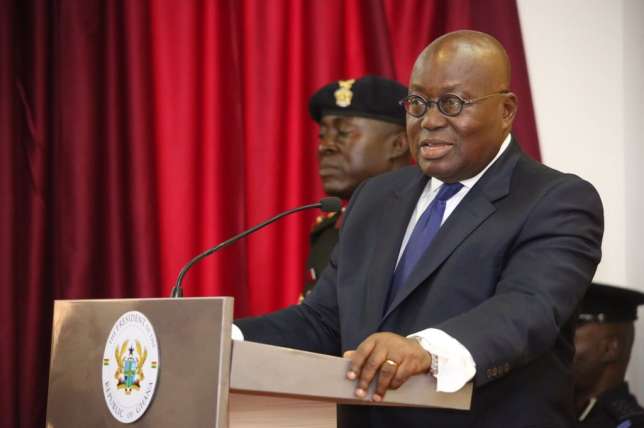 President Nana-Akufo Addo has congratulated the three National teams that recorded victories over the weekend.

The weekend could not have been better for Ghana after the three national teams who were in action came out victorious.

The Black Maidens made it two wins on the spin at the 2018 FIFA Under-17 Women's World Cup in Uruguay following a 3-1 victory over Finland.

The win ensured the Maidens book their tickets to the quarter final stage of the competition with a game to spare.

On Saturday, the Black Queens picked the baton and impressively opened their 2018 Africa Women's Cup of Nations with a 1-0 win over Algeria before the Black Stars completed the hat-trick of victories on the weekend with a 2-0 win over the Walias of Ethiopia.

The Black Stars win over their Ethiopian counterparts ensured they qualify to the 2019 AFCON which will be held in Cameroon, despite having two outstanding games against Sierra Leone.

In the wake of the Black Stars game on Sunday, President Nana Akufo-Addo took to twitter to congratulate the three teams and wished them luck in their subsequent matches.

Great weekend for Ghana football. Congratulations to the Black Stars, Black Queens and the Maidens. Best of luck in the upcoming matches.