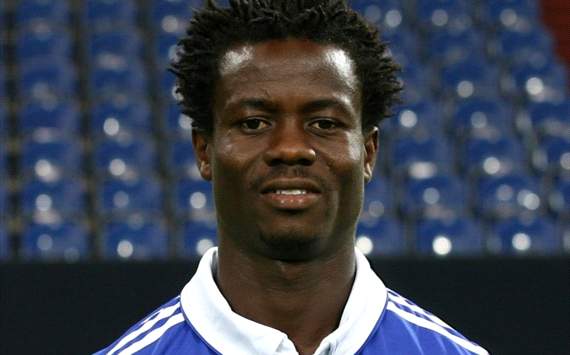 Ghanaâ€™s Anthony Annan could join Osasuna this week after the Spanish side tabled an offer for the midfielder, MTNFootball.com can exclusively reveal.

German side Schalke are attempting to offload the enforcer who is among the fringe players of the Bundesliga.

Annan is a target of La Liga outfit Osasuna and could complete a switch to Spain this week.

Schalke have revealed that a bid had been accepted for the Ghana international from an unnamed club.

"We received an official offer and we have accepted it. We are waiting for the player's decision," Schalke general manager Horst Heldt said.

Annan, who starred for his country at the 2010 World Cup, moved to Schalke for â‚¬2.5 million from Rosenborg last January.

But he only made nine appearances in his first season, before spending last term on loan at Vitesse Arnhem, where he featured in 23 matches.