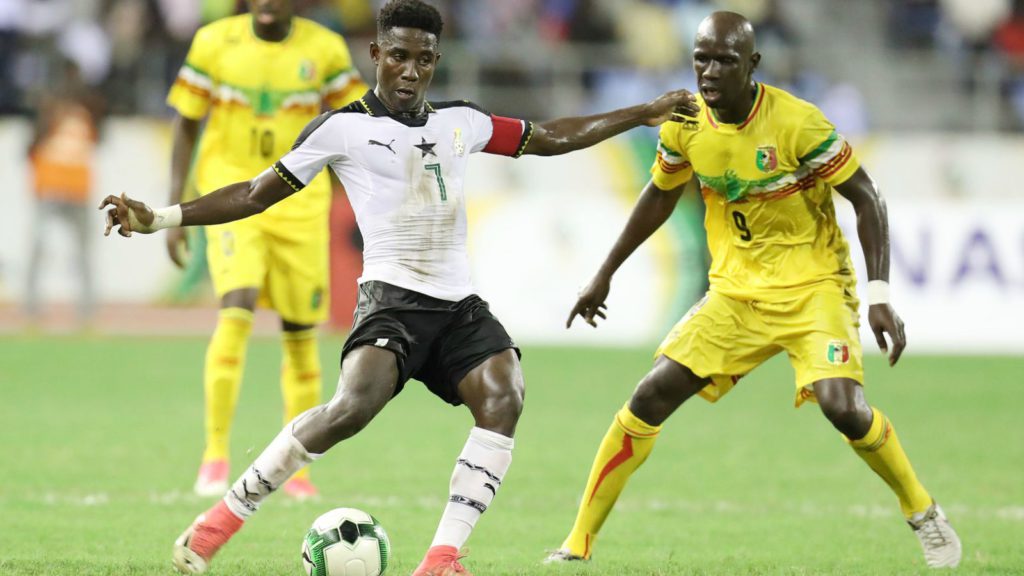 Inter Allies midfielder Isaac Twum will not only participate in the training of the Black Stars ahead of the 2018 World Cup qualifier with the Cranes of Uganda but will fight his way through to earn his position.

Twum, 19, earned his debut call-up into the team after a stupendous show in the 2017 WAFU Cup of Nations, guiding Ghna to lift the trophy as the skipper.

Ghana take on Uganda at the Namboole Stadium in Kampala on October 7 in a make or break World Cup qualifier and the former U17 star is determined to push his way through the final 18 for the game.

"It is an honour to be called up into the Black Stars and I am ready to fight for a place in the squad, just like every player.

"In order to get my chance I need to justify my inclusion by proving my worth and this is one of the biggest challenges of my career," Twum told the Graphic Sports.

Twum, was voted the most valuable player in the just ended WAFU Cup of Nations and believes it is time for him to prove his worth among Ghana's topmost players.

The Stars B skipper, whose splendid performance at the WAFU tournament helped Ghana to win the trophy ahead of arch rivals Nigeria, described his maiden invitation to the Stars as an honour and thanked Coach Kwasi Appiah for the opportunity.

When asked about Ghana's chances against Uganda, the 19-year-old was hopeful of a win for the Stars despite admitting the game will be tough.

He, however, noted that with the right preparation, the team possess the qualities to defeat Uganda at their own backyard.

Ghana face a must-win match against the Cranes of Uganda as they pursue qualification to next year's global showpiece in Russia.