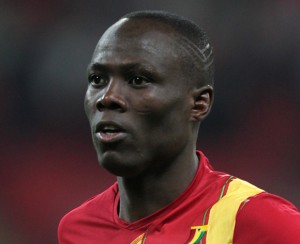 Ghana have opened their training camp in Paris with almost a full house ahead of Tuesdayâ€™s friendly against Gabon.

Apart from the two players all the stars named by Serbian coach Goran Stevanovic have arrived in camp.

They trained on Friday morning and rested for the afternoon as they will go to the stadium to watch Nations Cup group opponents Guinea in a friendly.

The coach is expected to start mapping out his strategy for the game with all his players watch live to spot potential threats form the Guinean side.

Senegal are likely opponents against Ghana if they want to win the title and they will also be watched by the Black Stars.

With the friendly against Sierra Leone cancelled, the Black Stars will train five times before the friendly with Gabon on Tuesday.

Leicester City's Jeffrey Schlupp and Sumaila Rashid of Ebusua Dwarfs have also been called upon for their debuts.

Derek Asamoah of Pohang Steelers returns to the Ghana team again for the first time since 2008.