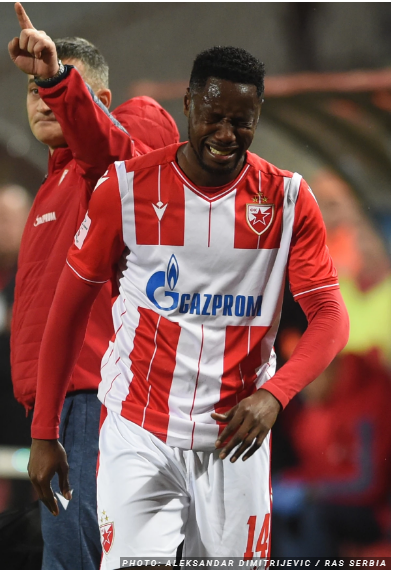 Ghana forward Richmond Boakye-Yiadom has suffered a fresh injury which could rule him out of the doubele header AFCON 2021 qualifier against Sudan.

Boakye-Yiadom was named in new Black Stars coach C.K Akonnor's 23 man squad for the AFCON qualifiers, which make it his first call up after two years.

The 27-year old was seen leaving the pitch in discomfort as Aleksa Vukanovic replaced him.

It is yet to be determine the length of his injury but he could be a doubt for the game against Sudan later this month.

Ghana will play Sudan on March 27 in Cape Coast before the second leg in Omdurman three days later.