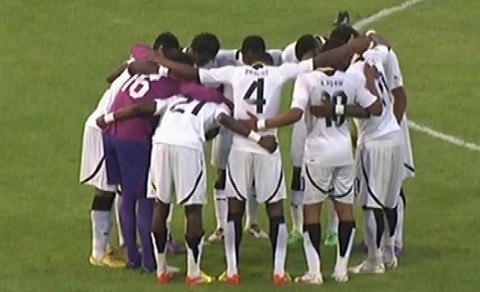 Ghana will know their opponents for the 2013 Africa Cup of Nations Â on 26 October 2012 if the Black Stars qualify for the tournament to be held in South Africa.

CAF General Secretary, Hicham El Amrani confirmed the date in an interview on the website of the continentâ€™s soccer governing body, bordering on issues relating to the organization of the 29th edition of the flagship African football tournament.

Though no venue was mentioned, GNA Sports is reliably informed the ceremony will be held in Johannesburg, South Africa preferably at the Convention Centre in Sandton.

The ceremony will take place exactly 12-days after the final round matches of the qualifiers.

The qualifiers will give birth to 15 teams which will join hosts South Africa for the final tournament next year.

According to the CAF General Secretary, the host cities for the tournament will be announced on April 20.

He said his outfit in collaboration with the Local Organising Committee will settle on five cities from the eight cities who have submitted bids in that regard.

â€œSo far we believe five (5) venues will be selected, not more, since too many venues will also present logistical and financial constraints.

â€œIt is worth mentioning that South Africa will also be hosting the CHAN in 2014 (also a 16-team tournament), so venues not selected for the AFCON 2013 will have the opportunity to be considered as well,â€ said El Amrani.