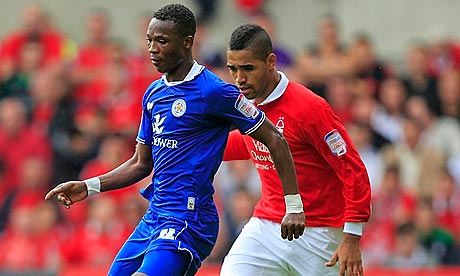 Pantsil was in action for Leicester City on Saturday when they beat leaders Southampton 3-2.

Adomah scored his season's first in for Bristol City's 1-1 draw with Doncaster Rovers in the Npower Championship.

Midfielder Annan who joined Dutch side Vitesse Arnhem was inactive in the Eredivisie due to the problems in securing his work permit.

They will be the first to touch down for the team's camping which is expected to begin in Accra on Tuesday 30 August.

More arrivals are expected on Monday night to get the preparations underway.