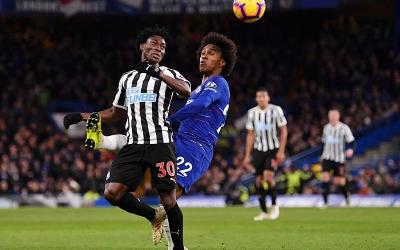 Blackburn Rovers manager Tony Mowbray has disclosed the reasons for the fail move to bring Newcastle star Christian Atsu to the Ewood Park.

According to Mowbray, Atsu chose to stay at the Tyneside for family reasons leading to the last minute move falling through.

“Ultimately we were going to spend a lot of money on a Premier League footballer who was surplus to requirements because of a signing his club had made. His wages were way out of our league, but yet that deal nearly happened, but that player didn’t want to leave his Premier League club,” said Tony Mowbray.

“His family situation dictated that [his reason for not leaving Newcastle], and we were left frustrated.”

Atsu joined the Magpies in July 2017 from Chelsae after a successful loan at St James’ Park.

He has since gone on to make 118 appearances for Newcastle – a total which includes 18 Premier League appearances (three assists) in this season’s competition.