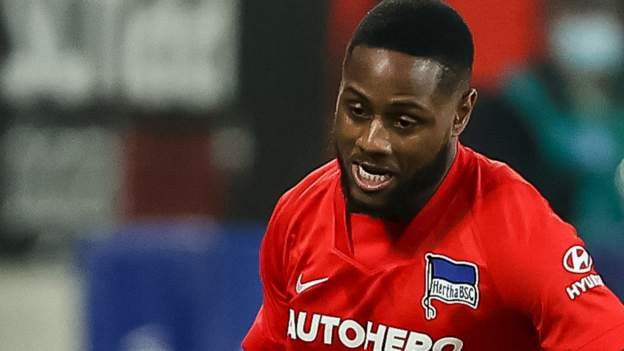 Deyovaisio Zeefuik joined Hertha from Dutch side Groningen in August 2020

Blackburn Rovers have loaned full-back Deyovaisio Zeefuik from German side Hertha Berlin for the rest of the Championship season.

The 23-year-old former Netherlands Under-21 international has played 12 games this season for the Blue and Whites, and 34 in total.

Zeefuik moved to the German capital from Groningen in August 2020, having come through the Ajax youth system.