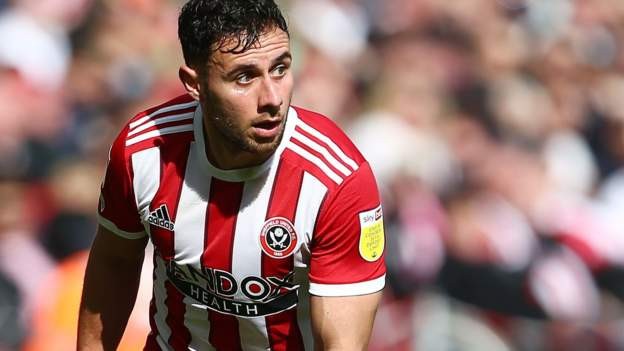 Sheffield United full-back George Baldock has been given his first call-up to the Greece national team.

The 29-year-old qualifies for Gus Poyet's side through his grandmother.

"It is a real honour to represent Greece," he said. "This is a proud moment, not just for me, but for my entire family.

"It has been a possibility for a while, so I'm happy now to be in a position where I am available to play. It is an exciting time ahead."

Greece have four Nations League matches coming up in the first two weeks of June, starting against Northern Ireland next Thursday.