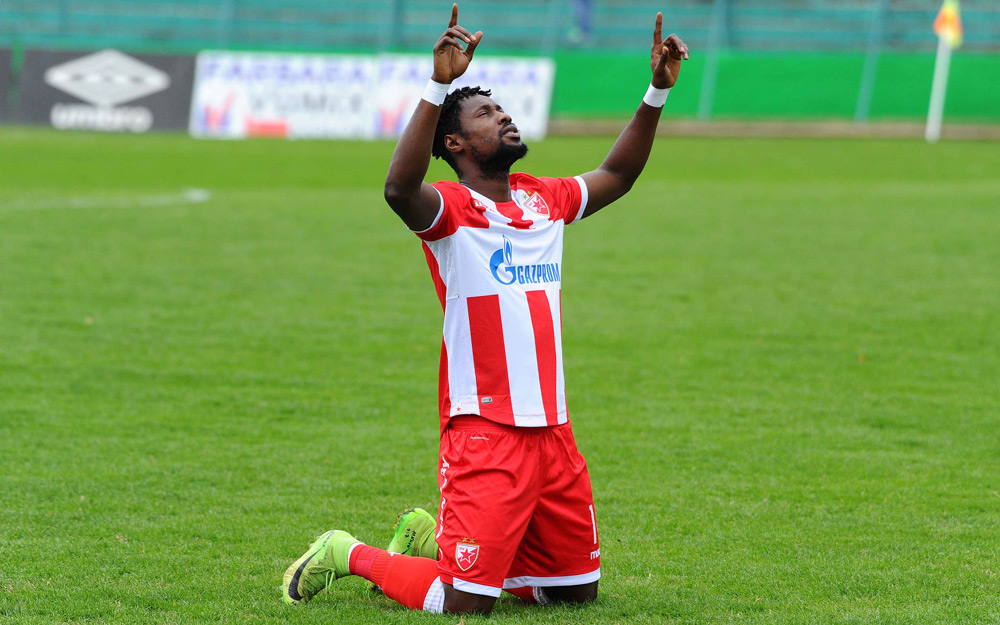 Ghana and Red Star Belgrade striker Richmond Boakye Yiadom returned with a bang as he bagged a brace in his team’s pre-season friendly game against Vindisgarstena on Wednesday.

Red Star Belgrade thrashed Vindisgarstena by 7-0 in the game.

The 25-year old had been out with injury in the latter part of the season after scoring an incredible 13 goals in 15 matches after joining the club in September 2018.

Boakye Yiadom affectionately called “Bocko”  by the Red Star Belgrade fans is now fit and ready for the new season ahead.

The former Juventus and Atlanta striker has been Ghana’s most prolific striker in Europe  for the past three seasons.