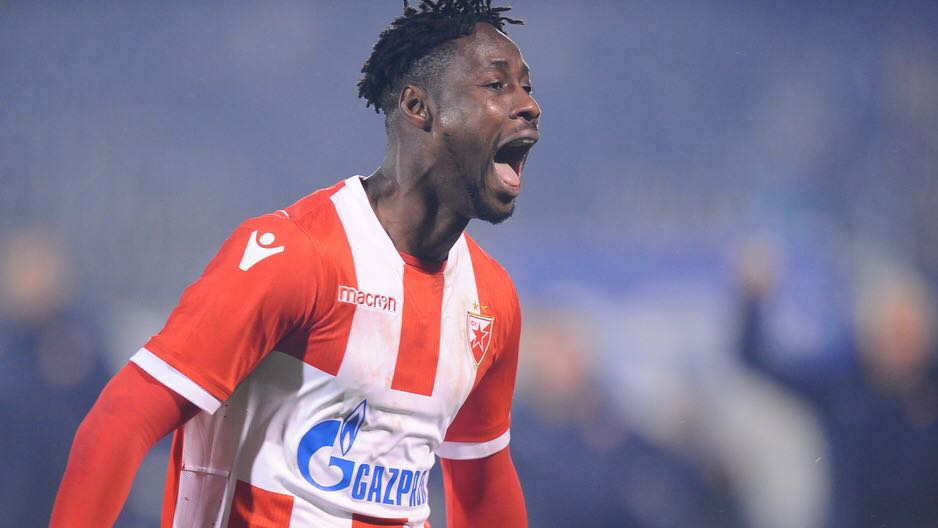 Richmond Boakye Yiadom scored for Red Star Belgrade in their 2-1 win over Suduva at home on Tuesday night to progress to the next stage of the UEFA Champions League.

The Ghana international was put through clear on goal by Ben Nabuhane and he smashed in beautifully at the near post.

He assisted in the second goal scored by Marin 29th minute of the first half.

Red Star Belgrade went into the break with a 2-0 lead.

Lithuanian side Suduva pulled one back through Topcagic in the dying minutes of the game after Red Star we’re down by 10-men after Gobeljic was sent off in the second half.

Boakye who missed the back end of last season has regained full fitness and ready to bang in the goals.