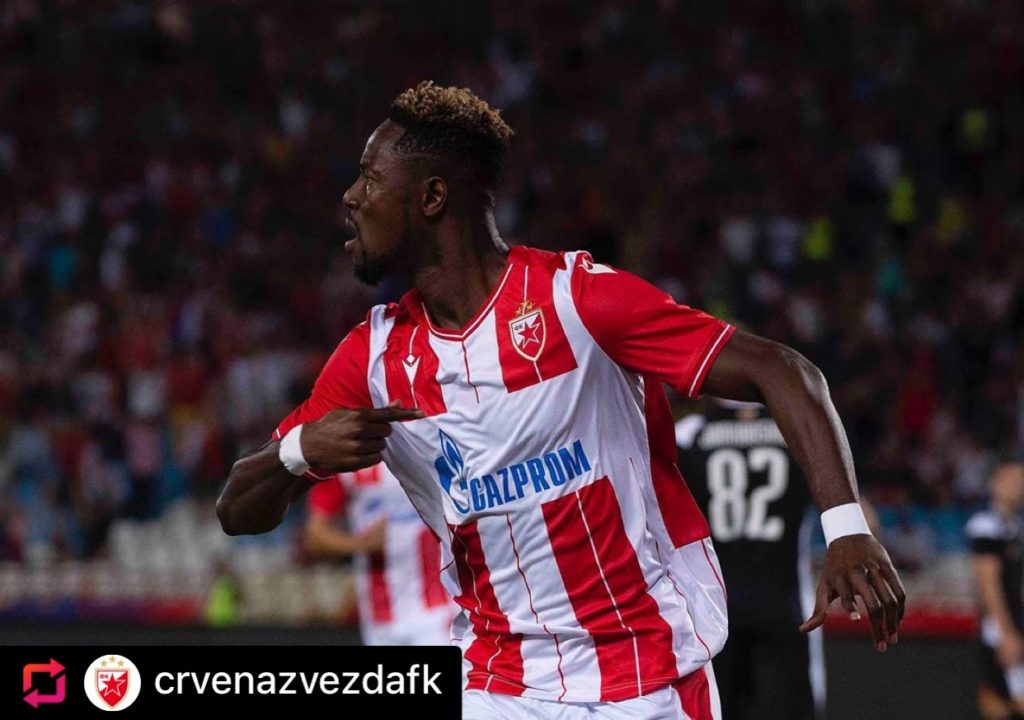 Ghana striker Richmond Boakye-Yiadom scored in regulation time for Red Star Belgrade who eliminated FC Copenhagen on penalties to reach the final qualifying round of the UEFA Champions League.

Boakye scored first in the 17th to give the Serbia champions a 2-1 aggregate lead after the reverse fixture ended 1-1.

But the Danish champions leveled the scoring on the 45th minute mark to leave both tied on 2-2 overall.

Boakye was substituted in the 81st minute.

The two teams failed to find the back of the net in extra time and that pushed the match into penalties.