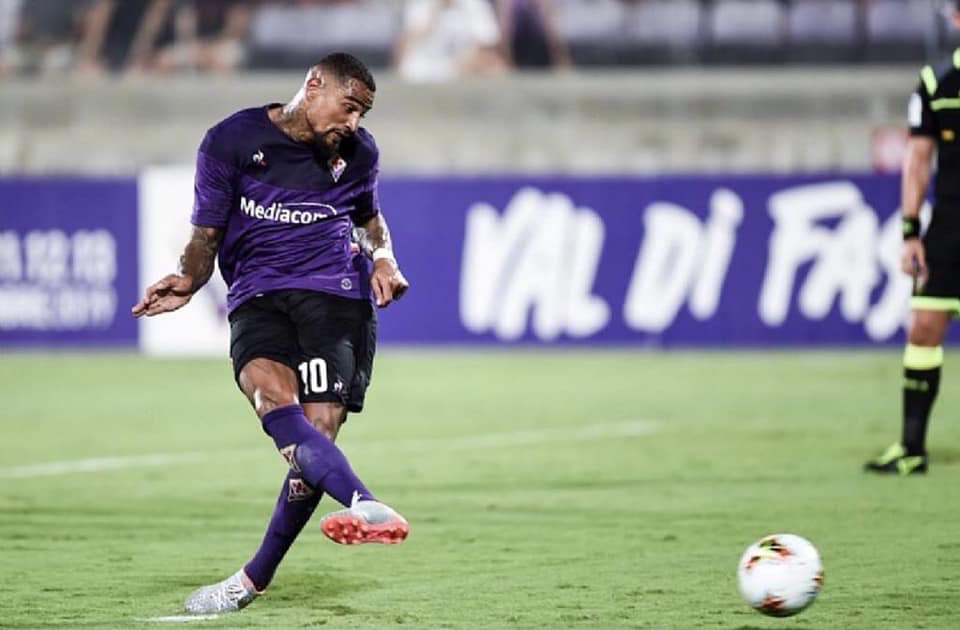 Kevin-Prince Boateng scored a brace for Fiorentina in their 4-1 win over Pistoiese in the Melani stadium derby.

The Ghanaian international was impressive for his side as they eased past the Serie C side in the game.

Boateng was adjudged the man of the match after the game and has received praises from his coach  Vincenzo Montella.

Speaking after the game Vincenzo explained why the Ghanaian had limited game time in the ongoing season.

“I'm happy for Boateng, he just trains and plays little because of muscular problems” .

“It is important that you return to playing certain games. I am very happy with his reaction, he can only be unhappy when he is not playing”.

“But he gave important answers even in training, then he participated by giving advice even to the youngest. The stop? We also need the staff to catch some fresh… ".

The 32-year old has played five games for Fiorentina and has scored a goal in the ongoing season.