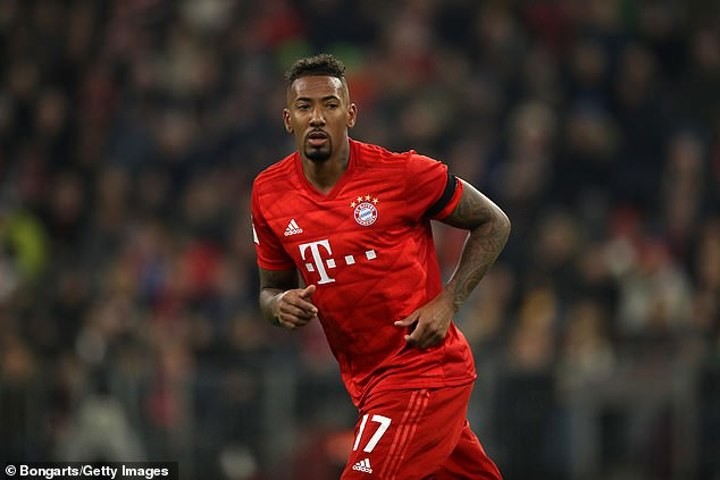 Jerome Boateng's year in the Premier League between 2010 and 2011 was one to forget.

The centre back spent a season at Manchester City but failed to secure a regular starting place and was often played out of position in an unfamiliar right-back role.

The German struggled to adapt to English football and it's fair to say he has few fond memories of his time at the Etihad.

In 2016 the defender painted a miserable picture of his Man City career. 'In England, you have to operate immediately,' he told Sport Bild magazine via Manchester Evening News.

'Some can handle criticism a bit better, but others say: "What am I doing here?" Everything is terrible, even the weather.'

Boateng was 22 when he left Man City and joined Bayern Munich and since then he's won 15 trophies including the Champions League and seven Bundesliga titles.

Perhaps the greatest period of improvement in Boateng's game came when he worked with Pep Guardiola.

The German's composure on the ball and ability to pick a pass worked perfectly for the type of football his manager wanted to play.

With over 300 appearances for Bayern and 76 caps for his country, Boateng is one of the most experienced defenders in world football.

The centre back would probably have played more had he not suffered a couple of injuries in recent seasons.

But with his future at Bayern looking uncertain after nine seasons at the Allianz Arena, what could Boateng offer the Premier League clubs being linked with a summer transfer?

Both Chelsea and Arsenal are rumoured to be interested in signing him and either side would benefit from his experience.

A transfer ban forced Frank Lampard into trusting his younger players this season and they have largely repaid that faith. But youngsters such as Fikayo Tomori and Reece James would benefit from having a player like Boateng in the squad to help nurture their talent.

The Blues have also failed to have a settled back four this season. Antonio Rudiger has tended to be first choice but has been in and out of the team through injuries. Lampard has also deployed three centre backs and Boateng's ability to play out from the back could suit this system.

Arsenal are also looking to strengthen their defence. Only Newcastle's Martin Dubravka has faced more shots on goal than Bernd Leno this season.

The Gunners' back-line has been unreliable with David Luiz, Sokratis Papastathopoulos and Shkodran Mustafi all capable of making mistakes.

Boateng could offer Mikel Arteta some composure at the back and he would also suit Arsenal's expansive football with his passing range.

Perhaps where the German falls down is his goal threat, despite his strength in the air. The last time the defender found the back of the net was January 2018.

Boateng's last spell in England may not have been one to remember, but he is certainly not the 22-year-old that left Manchester in 2011.

The centre back still has plenty to offer the Premier League's biggest clubs and with his contract at Bayern set to expire in 2021, he could be available for a cut price.