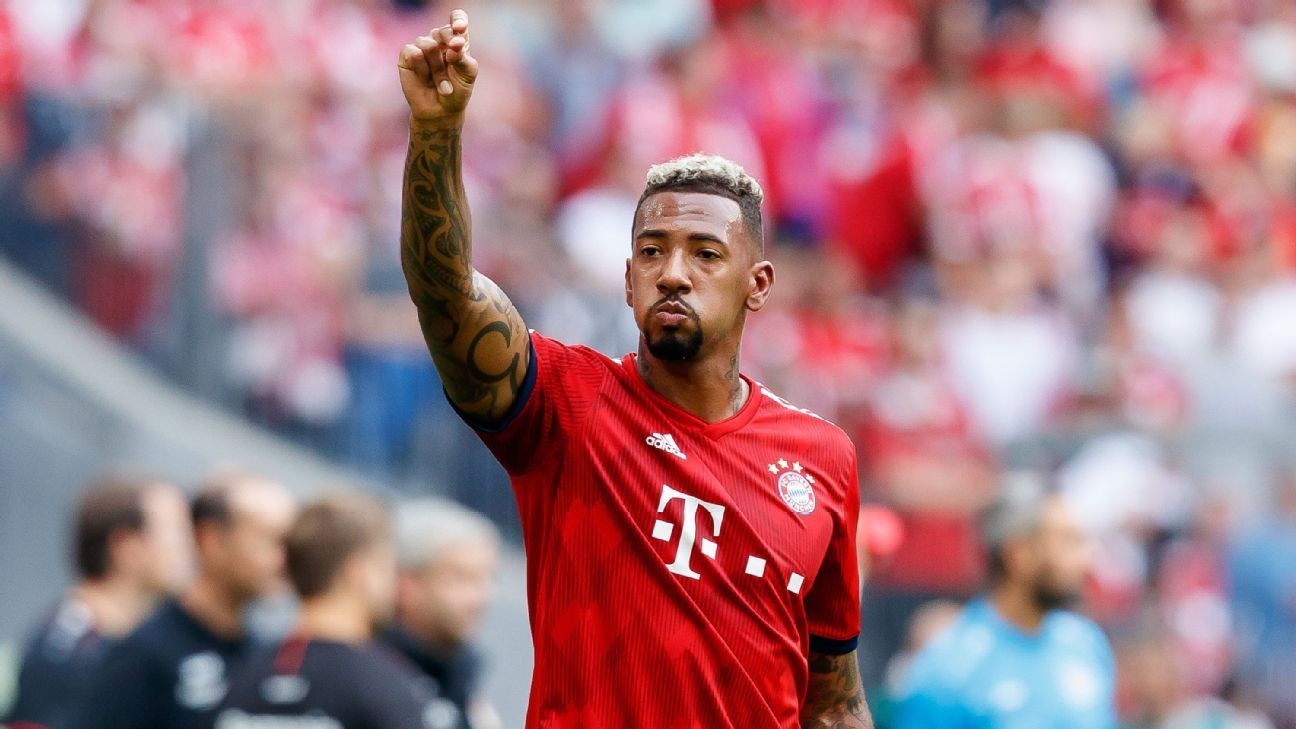 Bayern Munich defender Jerome Boateng is open to a return to the Premier League in the future but has said the Bundesliga is still the best for developing promising young players.

Boateng, 31, has been at Bayern Munich since 2011 after a frustrating season at Manchester City and has been a key cog in their run of eight-straight Bundesliga titles.

The central defender is focused on their Champions League campaign, but with his contract up at the end of next season, there will be plenty of clubs keen to sign the Germany defender if he opts against extending at Bayern.

"I would not say no [to a Premier League return]. I love to [watch] the Premier League, I loved also when I was there to play," Boateng said at a news conference.

"For me it was really unlucky because I got injured straight [away] and then I didn't really play the position they promised me. But I still took a lot from this year, playing in the Premier League, it helped me a lot to play and train with great players, world-class players.

"I am definitely down [for] it, but I don't know for the future. You never know. But it's not that I would say 'I never want to play there.' It's one of my favourite leagues for sure."

Staying in Germany will also be attractive for Boateng, however, with talent in the Bundesliga attracting attention from across Europe.

Timo Werner has already joined Chelsea for £47 million from RB Leipzig ahead of next season while Borussia Dortmund's Jadon Sancho has been heavily linked with Manchester United and Bayer Leverkusen's Kai Havertz is also on the club's wish list.

Boateng said they will all fare well in the Premier League.

"I think they [the young players] feel well treated in Germany," he added.

"They have time to grow slowly. Sometimes as a young player you have times when you don't play so well. In some other countries I think it is really strict. They have a bad game, [then] they are out for weeks. In Germany they take care of them. The clubs give them confidence, so that's why they grow so well.

"All these players had really good seasons. Kai, Timo and Sancho are all really good talents. They have played for a long time now and I think they are all ready for the Premier League.

"Of course, you have to show that first of all. It's not that easy because it's a different league. The intensity is different. It's a different style of game. They have to see if they feel comfortable and like it there."