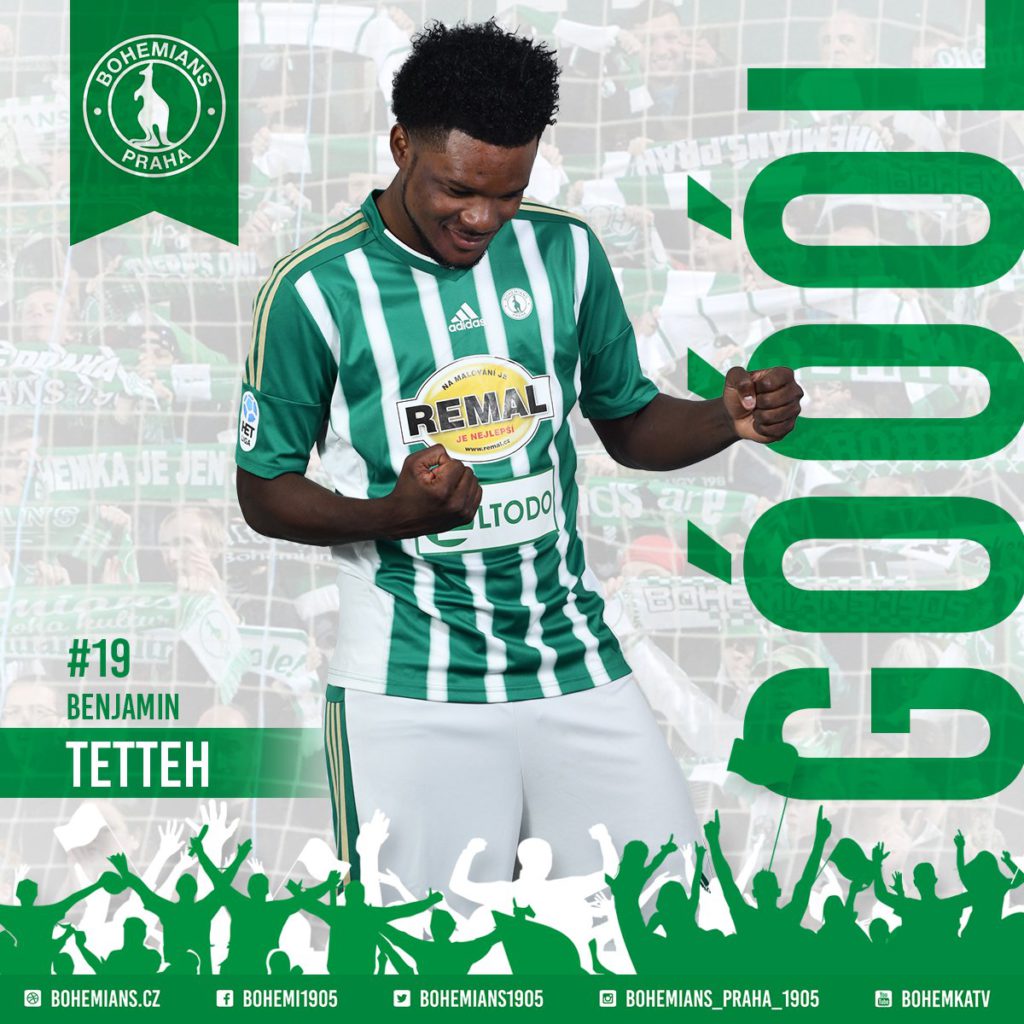 The former Dreams FC marksman scored a goal and registering another in a perfromance that earned him a standing ovation in the sold-out stadium in Dolecek.

Speaking to reporters after the game, the experienced coach couldn’t help but eulogize the 20-year-old forward.

"He's a top attacker. He has the greatest potential of all players in the Czech league," said Martin Hašek.

Hašek, who was in charge of Dutch Eredivise side Sparta Rotterdam when young Ivory Coast international Wilfried Bony arrived at the club, and the Czech opined that Tetteh is a bigger prospect than the Swansea City attacker ever was.

"I was an assistant to a Sparta binocular bull when Bony came from Africa to us on Strahov, he did not have a word in Czech, and I remember the first training when he was physically disastrous, but he started to kick himself and step by step behind where he finally got his head, he had the head so high that he had made the most of the potential, so he played for Manchester City, "Hasek told reporters

"Benjamin is just learning, but now I think he is mentally much longer than when he came in. I think he has the greatest potential of all players in the Czech league, but he must realize that the potential is one thing and how it is different."

"My opinion is that Benjamin is better than Bony, because he is more moving and tense, and Bony would never turn around and defeat defenses." Bony was strong in lime, but Benjamin was able to take over the ball, overprint three non-ball players he will still have one on his back.“