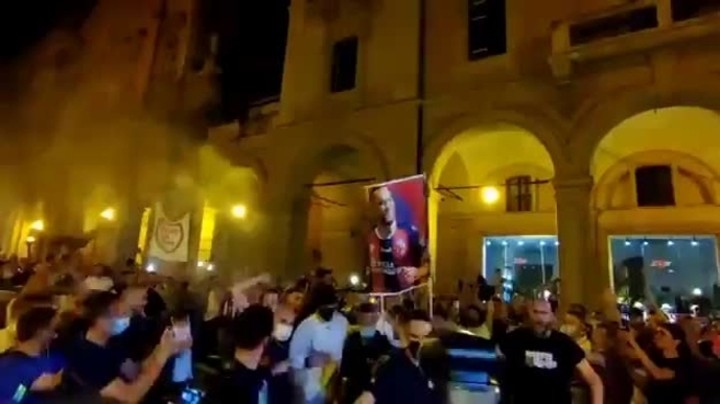 Marko Arnautovic is returning to Serie A, leaving Shanghai Port behind and signing with Bologna. Fans in the city of Bologna have gone wild with delight at the prospect of the Austria international firing in the goals.

Fans took to the street to celebrate the transfer, as if they had won a title. One supporter even brought a banner with the former Inter player's face.

The scenes were quite unique and leaves one wondering what they would have done had they signed a top-level superstar like Lionel Messi or Cristiano Ronaldo.