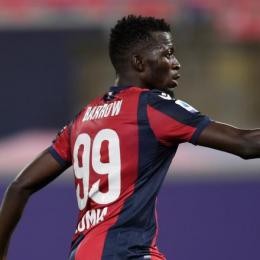 Playing for Bologna since last January, Gambian international striker Musa Barrow (21), providing a noteworthy seasonal performance for Felsinei, has recently been linked to top clubs inquiring him about. To this end, his agent, Luigi Sorrentino, told Radio Punto Nuovo: "Unlike his teammate Juwara, Musa never underwent the tragedy of starvation. He comes from a  wealthy Gambian family, and his main concern was obtaining a visa to land to Italy. Napoli? We were in talks with their director, Cristiano Giuntoli, last summer, on a swap deal scenario, which would have got Musa to Azzurri, with Roberto Inglese joining Atalanta. But nothing eventually happened". Barrow is currently on a deal with Bologna until June 2024.