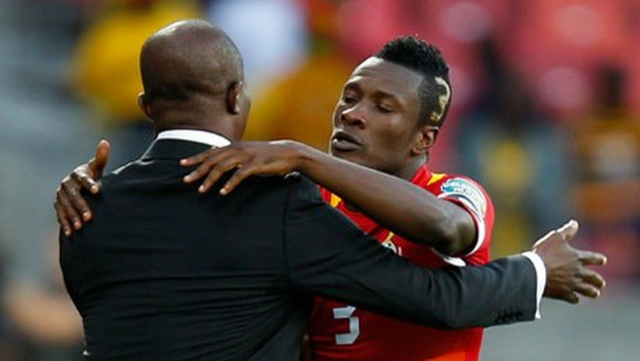 Asamoah Gyan is refusing to back Ghana coach Kwesi  Appiah for a contract extension, insisting the decision by the authorities must be based on the performance of team at the 2019 Africa Cup of Nations.

Ghana produced its worst performance in Africa's flagship competition in 13 years when underdogs Tunisian eliminated them  at the second round stage of the tournament.

The Black Stars have played in the semi-finals of all the six previous editions of the competition.

The disastrous performance has sparked calls for the coach's expiring contract not to be renewed with the Ghana FA currently discussing the future of the gaffer who is reluctant to resign.

Gyan, who was key part of the Black Stars at the tournament, has waded into the matter by insisting that the results of the team must determine the future of the coach.

With the team not meeting the expectation of Ghanaians following their unimpressive showing at the competition, Gyan has all but called for Appiah to be relieved of his post.

Prior to the tournament, Normalisation Committee chairman Dr Kofi Amoah stated that should Appiah fail to win the Afcon trophy there is a clause in his contract that would see him relinquish his post.

The Black Stars made it to the last four of the six previous tournaments and played in the final in 2010 and 2015.