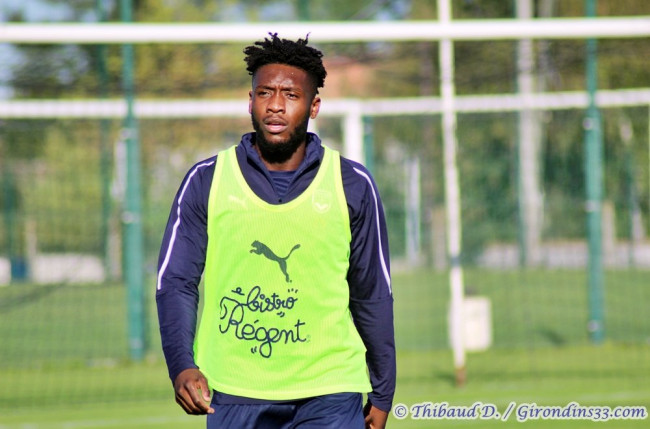 French-born Ghanaian defender Enock Kwateng has returned to Girondins de Bordeaux training but will not feature in their Sunday’s Ligue 1 game against Paris Saint Germain.

The 23-year-old suffered an injury in their 2-1 win against FC Metz a fortnight ago.

Kwateng clutched the back of his thigh in the 20th minute and was replaced with Remi Oudin.

He consistently missed the team’s 2-2 draw with Dijon last Saturday.

But reports from the Navy-Blue lads camp indicate that the right-back has returned from the injury but did not train with the group.

He was instructed by the team’s medical staff to do indoor workout as they monitor his progress before giving the mandate to join his teammates in full contact training.

The former FC Nantes player has however been ruled out of the side’s trip to the Stadio Parc des Princes on Sunday.

Kwateng has made 12 French Ligue 1 appearances, tallying one assist.