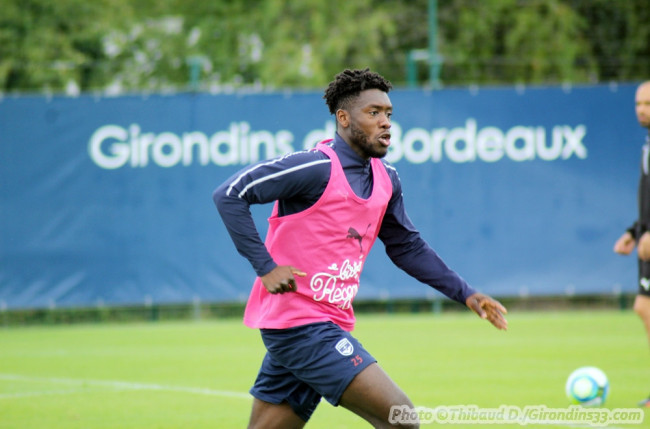 French born Ghanaian defender Enock Kwateng has disclosed he prefers playing in a four back formation than a three man defence.

The right back insists he feels more comfortable playing in a complete four man defense than the three man system often deployed by manager Paulo Sousa.

Ahead of the game against Metz on Saturday, the 22-year old, who is expected to start following some decent performances in recent times says regardless of the formation drawn for the team, he is ready to give his all.

"As I always said, I respect all the choices of the coach, all his systems, because I am there to apply what he decides. But the coach knows that I am more comfortable in a system with 4 (defenders),' he said in the pre-match conference.

"Then, at 5, I adapt to it, like everywhere the coach will make me play. But I have more automatism at 4. Well, it's always good, anyway, to know other things, but I think we're good at 4," he added.

Kwateng joined Bordeaux from Nantes in the summer and has been an integral member of the Navy Blue and Whites.