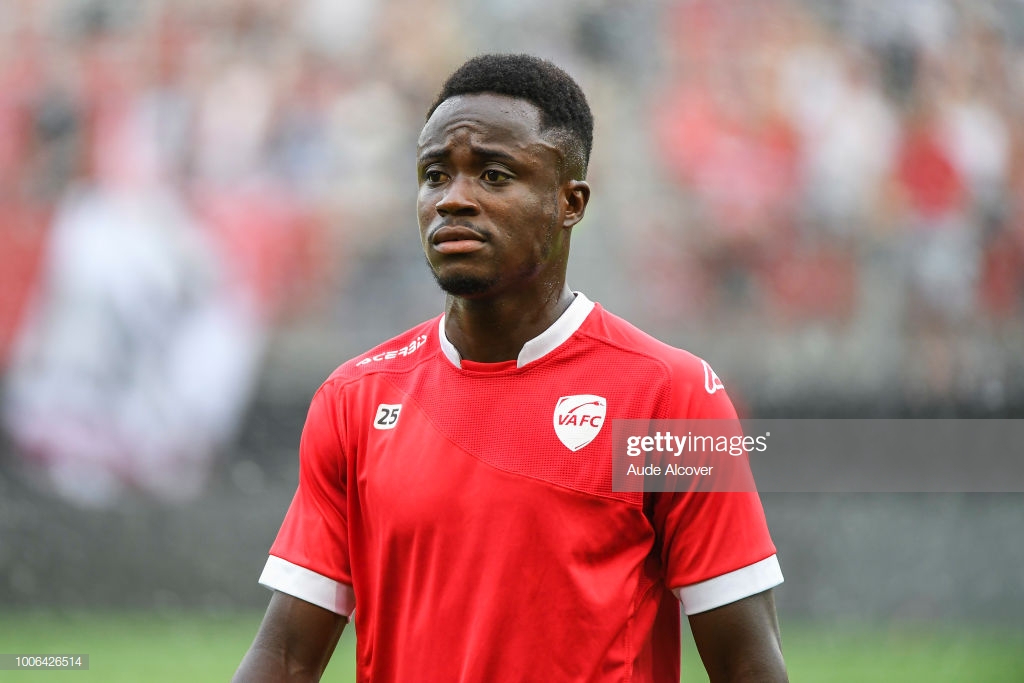 Emmanuel Ntim of Valenciennes during the Ligue 2 match between Valenciennes and Auxerre at Stade du Hainaut on July 27, 2018 in Valenciennes, France. (Photo by Aude Alcover/Icon Sport via Getty Images)

Girondins de Bordeaux coach Paulo Sousa is reported to have sent a transfer message to the club's board over the signing of Ghanaian defender Emmanuel Ntim.

Ntim has been a defensive stalwart for Valenciennes during the 2019/20 Ligue 2 season, racking up 24 appearances before the league was cancelled due to the coronavirus crisis.

The 24-year-old performance for the Red and White lads has caught the attention of several top-flight sides including Montpellier.

It has now been claimed that Girondins de Bordeaux have joined the race to snap the Ghanaian youngster who could play across all the defensive positions.

Despite a looming transfer ban on the club, the board intend to strengthen their defensive options with the capture of Ntim, but at low cost.

According to reports in France, Bordeaux coach Paulo Sousa is eager to land the player in the forthcoming summer transfer window.