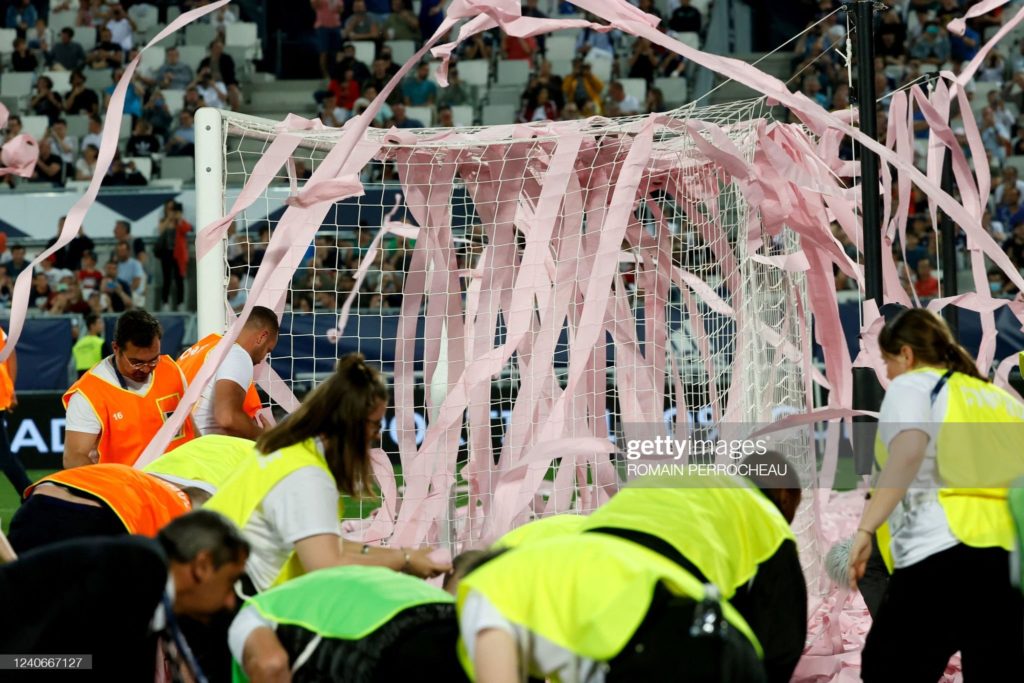 Girondins de Bordeaux fans interrupted the side's French Lique match against Lorient at the weekend by throwing hundreds of toilet paper rolls on to the pitch to tell their players they are shit as they near relegation.

The “Ultra Marines”, hardcore supporters of Bordeaux, had tried to stop the team’s bus getting to the stadium in protest against the team’s dismal season, which has left them on the brink of relegation.

The game was stopped after 26 minutes by referee Ruddy Buquet and restarted following a five-minute delay.

It's been a tough year for the six-time champions who appear to be heading to Lique 2.

Bordeaux ultras expressed their frustration with the team during the final home match at Matmut Atlantique against Lorient, briefly interrupting the game with a barrage of toilet paper. The message was clear: Clean up your shit.

The tifos roughly translate to “You are the shame of our 140 years of history” and “89 goals conceded, you are dead.”