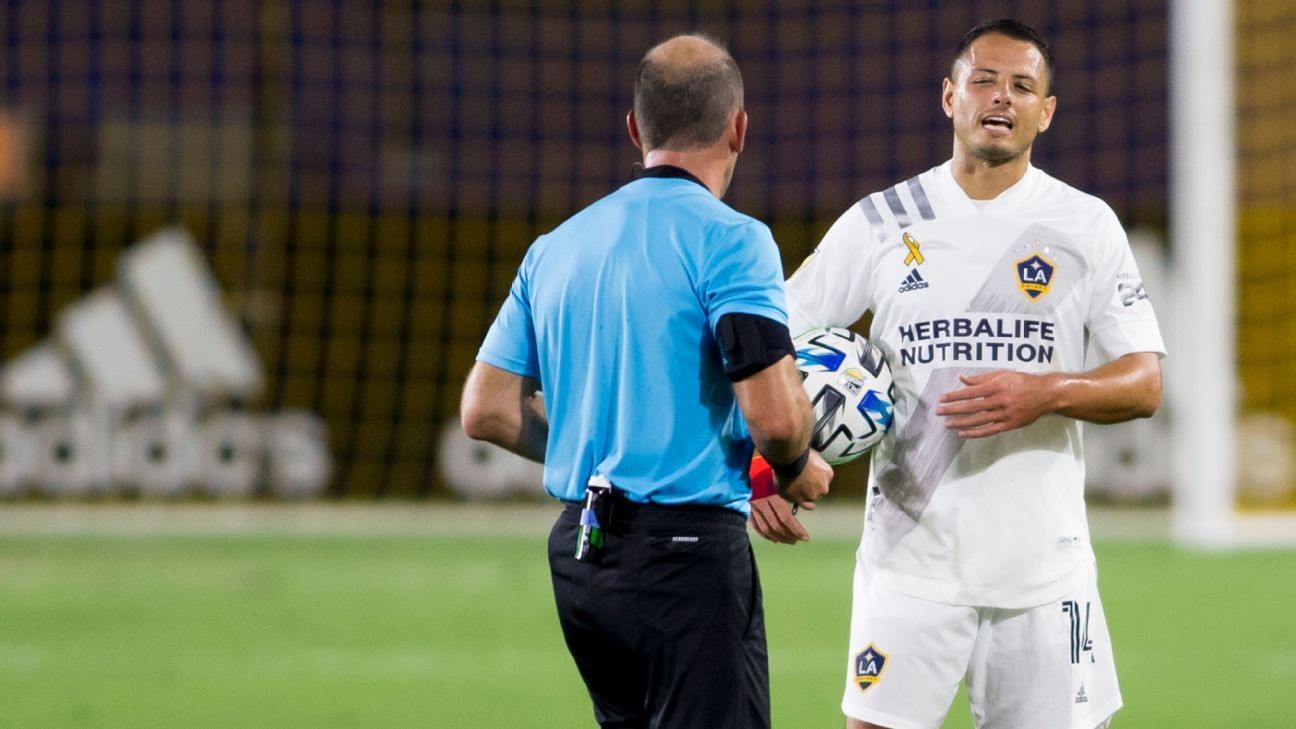 Former Mexico striker Jared Borgetti has urged Javier "Chicharito" Hernandez to focus on what he has achieved on the field, with injuries and poor form overshadowing the 32-year-old LA Galaxy striker's time in MLS so far.

Hernandez, who was brought from Sevilla last January to lead the club's attack, has netted only once for the Galaxy over 10 games amid criticism from some quarters about the player's off-field distractions.

"[Hernandez] has to remember that soccer is what got him to where he is and he has to re-plant that," Borgetti said on ESPN. "He has to ask what has changed, what has he stopped doing so that they talk more about other things than what I do on the field."

The Guadalajara native launched a YouTube show called "Naked Humans" along with his wife and housemates in June 2019 and is regularly on social networks playing online video games, leading to a split in opinion on whether Hernandez is committed to succeeding in MLS, or simply expressing himself outside of soccer.

"What he's done on the field has seen him become the top goal-scorer in the national team, score so many goals in Manchester United, play for Real Madrid, be a top player at [Bayer] Leverkusen and earn the money he's made," continued Borgetti, indicating that Hernandez can recapture his form.

"Dedicate yourself to that. It's fine to expand into other things ... but not leaving on one side what got you where you are. For me, Javier Hernandez is being badly advised."

Hernandez missed the Galaxy's "El Trafico" 2-0 defeat to LAFC on Sunday due to an injury, with the club monitoring whether he will be available for the trip to Portland Timbers on Wednesday.

"He got injured in training, I think on Thursday," said Galaxy coach Guillermo Barros Schelotto after the game. "He felt something wrong and left [training]. We waited for him Friday and Saturday but he didn't feel right."

Former Mexico coach Javier Aguirre is backing Hernandez to recover his form when he does return to full fitness, indicating that his natural talent in front of goal will prevail.

"I think the best is to come for Javier [with the Galaxy]," said Aguirre in an interview with ESPN. "You know he'll always get you goals ... on the bench or on the field he'll always give you goals, he has a natural gift that he isn't going to lose."

The Galaxy have struggled in its first season post-Zlatan Ibrahimovic and is currently in last place in the Western Conference. They will likely need to win their final four games to make the playoffs.