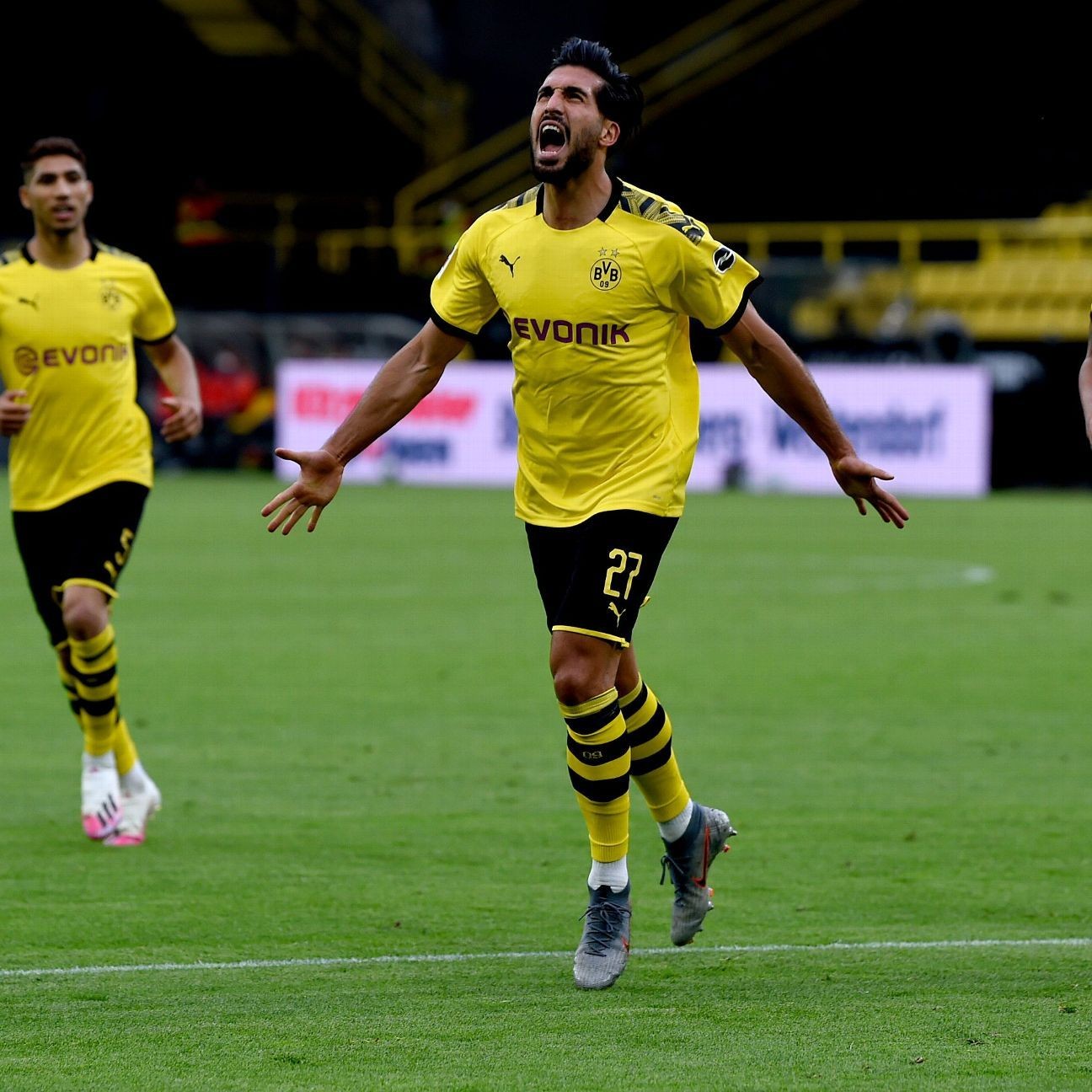 Borussia Dortmund held on for a 1-0 win against Hertha Berlin on a rainy night at Signal Iduna Park on Saturday to keep pace with Bundesliga leaders Bayern Munich.

Players from both teams took a knee before kickoff in tribute to George Floyd, an unarmed black man whose death in U.S. police custody triggered protests around the world.

Hertha frustrated Dortmund throughout a goalless first half that saw neither side create any legitimate chances to score.

Emre Can broke the deadlock shortly before the hour mark, pouncing on a headed pass from Julian Brandt just inside the penalty area and beating Hertha keeper Rune Jarstein at the far post to make it 1-0.

The visitors pushed hard for an equaliser, but none came and Dortmund maintained the seven-point deficit to Bayern that they started the day with.