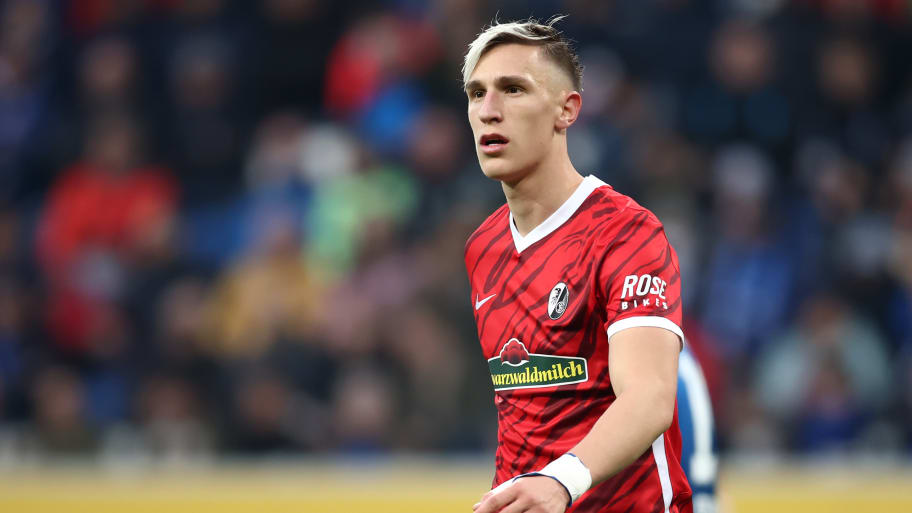 Borussia Dortmund have announced the signing of Nico Schlotterbeck from Freiburg for an undisclosed fee.

Schlotterbeck completed his medical on Monday morning before putting pen to paper ahead of his summer move. The centre-back is seen as the ideal replacement for Manuel Akanji - who is a target for a number of Premier League clubs - at the heart of BVB's defence

The talented centre-back has signed a contract which will run from this summer until June 2027.

Speaking to the club's official website, Borussia Dortmund's sporting director Michael Zorc expressed his delight at getting the deal done:

"Nico Schlotterbeck is a young German international who has made great progress. His profile fits BVB perfectly."

And his successor Sebastian Kehl - who'll be taking over from Zorc at the end of the season - was keen to point out the defender's 'huge potential':

"Nico's path reminds me of my own, because I also came to BVB from Freiburg as at around his age. I hope that Dortmund will become a new home for him, just like it was for me.

"Nico has huge potential. He didn't choose the best offer from among the many interested clubs, but deliberately chose BVB in order to further develop his sporting skills here. We are very pleased that we were able to convince Nico of our path and that he made a clear commitment to Borussia Dortmund by signing a long-term contract. On behalf of BVB, I would like to thank SC Freiburg for the confidential and fair talks.”

The player himself also said that he was keen to announce the deal for the sake of 'clarity' over his future:

"In consultation with all parties involved, I have decided to announce my move to Borussia Dortmund in the summer of 2022 today. I want to create clarity for SC Freiburg, Borussia Dortmund and myself personally.

"It's important to me on the home stretch of the season to concentrate fully on the remaining three games with SC Freiburg, which hopefully we will successfully contest being able to concentrate. After that, I'm looking forward to the new tasks with BVB."