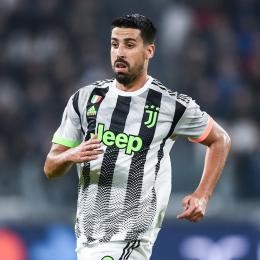 In search for an Axel Witsel replacement, due to Belgian playmaker's recent injury, Borussia Dortmund management, according to latest German news, are tracking former German international midfielder Sami Khedira (33). Parting ways with Juventus after five seasons and a half, former Real Madrid pitcher, already approached by Stuttgart on a move-back scenario, is also tracked by Everton and West Ham, as well as having been inquired by A-listers such as PSG, Manchester United, and RB Leipzig.