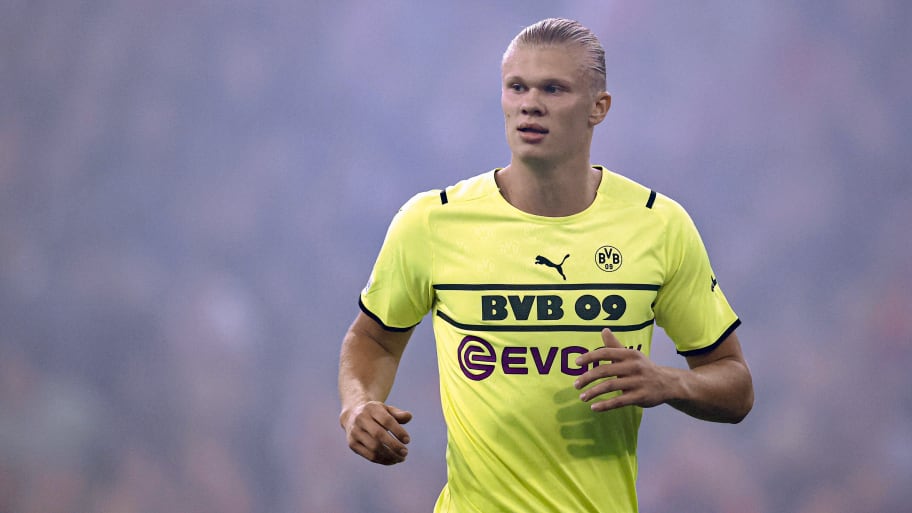 Borussia Dortmund are working on a lucrative contract offer to persuade superstar striker Erling Haaland to stay at the club beyond the end of this season.

Haaland, who has scored 70 goals in 69 appearances since joining the club for just €20m in January 2020, has become the most sought-after forward in Europe and is widely tipped to leave in the summer when a €75m (£63m) release clause in his current contract becomes active.

That capped figure stands to make Haaland a steal in the transfer market because his true value, given his current ability and long-term potential, is arguably at least double that at €150m-€200m.

Chelsea were very interested in the Norwegian before turning to primary target Romelu Lukaku ahead of this season, while the likes of Manchester United, Manchester City and Real Madrid will be in the market for a striker in 2022.

Chelsea have even been tipped to go back in for him, despite already landing Lukaku. Paris Saint-Germain could also become an option, depending on how Kylian Mbappe’s future unfolds.

But Dortmund, who lost Jadon Sancho to Manchester United in July, are understandably keen to keep hold of their best player. As such, Sky Deutschland has reported that the club is preparing to offer Haaland double his current salary, which would take his pay up to €18m per year.

A key motivation for the club in any new deal would be delaying the activation of his release clause until 2023. It is said that Dortmund hope Haaland’s decision will also take into account how settled he has been since his arrival and his good relationship with the club.

The particular example given that Dortmund hope to follow is that of Dayot Upamecano, who agreed to stay at RB Leipzig in 2020 when he had offers to leave, giving the club another year before he eventually joined Bayern Munich ahead of this season.

This article was originally published on 90min as Borussia Dortmund hatch plan to keep Erling Haaland beyond 2022.