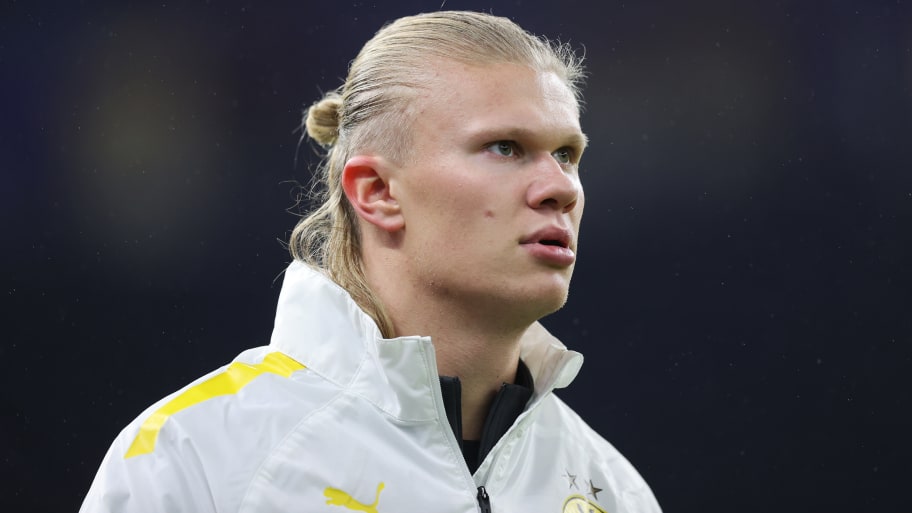 Borussia Dortmund are planning to hold contract talks with striker Erling Haaland imminently as they look to get their talisman to sign a new deal.

The Norway international is one of the most sought-after stars in world football and has been linked with Europe's biggest clubs, including Real Madrid, Barcelona and Manchester City. He has a release clause of £64m which comes into play in the summer, and that fee would be substantially increased - to a value more suitable to his current worth - if a new contract between the two parties can be agreed.

Bild report talks with Haaland, his father Alf-Inge and advisor Mino Raiola will take place in the 'coming week', with Dortmund seeking 'clarity' on Haaland's intentions.

Haaland's extraordinary goal record with BVB has seen his stock rise meteorically in the world of football, with 76 goals in 76 appearances for the Bundesliga club placing him among the best strikers in the world.

Chief executive Hans-Joachim Watzke has previously admitted it will be "difficult" to retain Haaland in the long-term, though he did insist the former Salzburg forward would not leave the club in January

Dortmund chief Sebastian Kehl recently gave a more optimistic update, stating: "The plan is that when the time comes, we will get together and sit down at the table.

"But we are not going to announce when we will do that right now. What is clear, however, is that we are trying to achieve clarity.

"We are trying to persuade Erling to continue to play for Dortmund, and I don't think our chances are too bad."

While Dortmund would undoubtedly like to keep Haaland, 90min understands they are ready to listen to alternative offers if the hope they can get a better deal than a club simply paying the release clause.