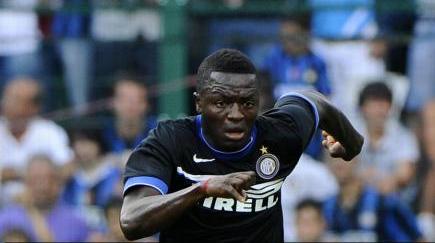 Muntari will be available on a free if his contract with Italian giants Inter Milan ends July 2012.

The 27-year-old has made only three appearances for the Nerazzurri this season and will be away in January at the Africa Cup of Nations.

Dortmund want options as they prepare to lose Sebastian Kehl whose contract runs out in the summer and Antonio da Silva.

Muntari was played a bit part role in the Inter Milan set up which won the treble-Serie A, Coppa Italia and the Uefa Champions League-in 2010.