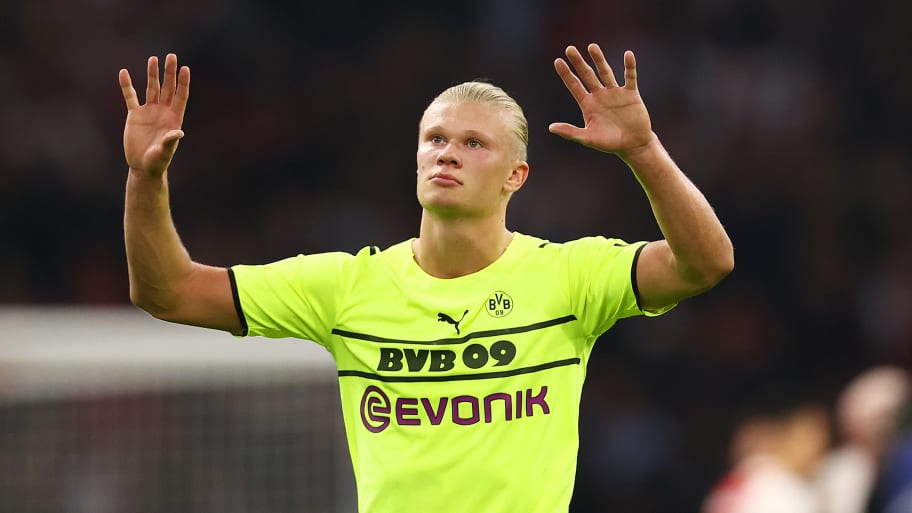 Exclusive - Borussia Dortmund are ready to listen to alternative offers for Erling Haaland - in hope they're able to strike a better deal than what they could achieve should a club meet his release clause in 2022.

90min understands that Dortmund are expecting offers for the player next year, and as it stands they would be unable to stop the player leaving when the clause kicks in. It's understood the Norwegian would be able to leave for £64m.

However, clauses in a contracts need to be paid in full to trigger. Dortmund are instead open to the prospect of a deal which would allow clubs to pay in instalments.

But to agree to an instalment plan, Dortmund would demand an overall agreement in excess of £64m to offset them not receiving the payment in one lump sum.

Dortmund's issue however is the power both the player and his agent, Mino Raiola, hold in the process. His father Alf Inge Haaland is also heavily involved in the decision making process.

The Bundesliga side are trying to talk terms over a new deal which may take out the clause, but the prospects of that happening look remote - especially following their Champions League elimination on Wednesday night.

All depends on where Haaland sees his future, as his release clause means he gets to choose his next club from whatever offers come in.

Haaland is already aware of the options that lay ahead, as in theory only handful of clubs will be able to take on his sizeable demands.

Bayern Munich have already made their intentions clear, whilst Real Madrid and Barcelona are both being kept informed of the situation.

Paris Saint-Germain are in constant contact with Raiola, whilst offers from England are anticipated with Liverpool, Chelsea, Manchester City and Manchester United all showing a keen interest.

90min has been told by sources with knowledge of the situation that Haaland has not made a decision on his future, and this won’t be made until next year.

This article was originally published on 90min as Borussia Dortmund welcome to instalment bids to maximise Erling Haaland fee.