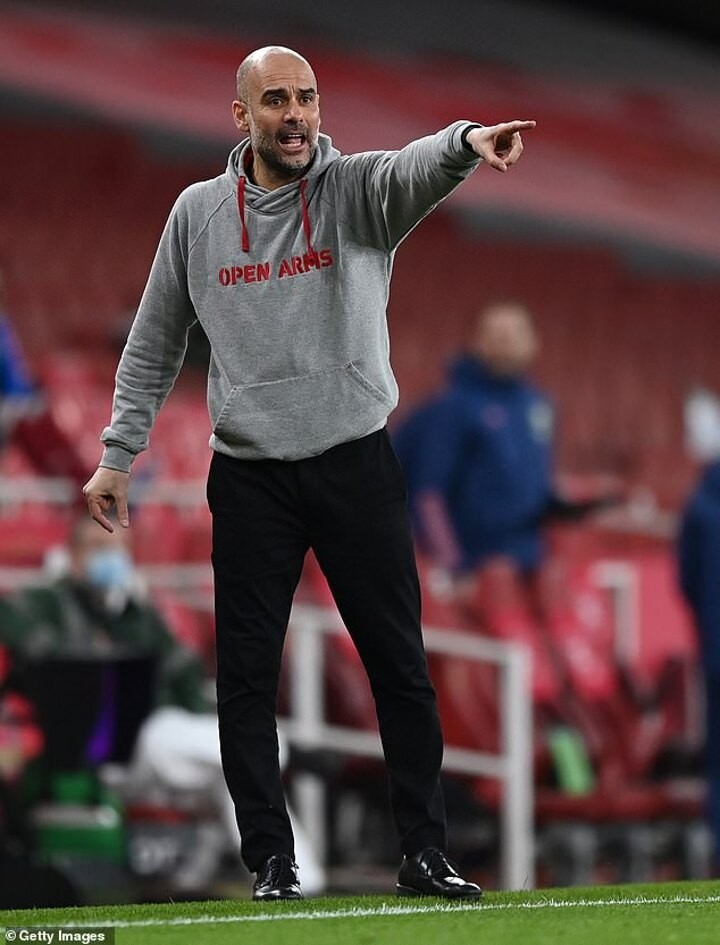 Manchester City travel to Hungary to take on Borussia Monchengladbach on Wednesday as Pep Guardiola looks to carry his side's domestic form into Europe.

The Premier League leaders have been in inspired form since their 1-1 draw with West Brom back in December, extending their winning streak to 18 in all competitions with a 1-0 victory over Arsenal on Sunday.

They face a Monchengladbach team struggling for form, on the other hand, having won just one of their last four matches.

The Germans, who finished fourth in the Bundesliga last season to qualify for the Champions League, are down in eighth this season, nine points off the qualification places.

City are the heavy favourites to come through what is expected to be a routine last-16 clash, but their recent history in the competition would tell you to expect the unexpected.

With the intriguing match-up looming, Sportsmail takes you through the important information you need to know.

Monchengladbach vs Man City: When and where is it?

The Champions League round of 16 first-leg clash between Borussia Monchengladbach and Manchester City kicks off at 8pm on Wednesday, February 24.

Though Monchengladbach were drawn as the home side, coronavirus complications have seen the game moved to Budapest in Hungary, with the Puskas Arena hosting the first-leg tie.

The return leg at the Etihad will then be played just under three weeks later on March 16.

Monchengladbach vs Man City: How to watch

Manchester City's encounter with Borussia Monchengladbach will be shown live on BT Sport.

Existing BT customers will be able to watch the games either on the television or by streaming it on the BT app or website.

Non-subscribers can also watch BT content by purchasing a monthly pass for £25 with no contract involved.

Manchester City have been provided a major boost with the return of Kevin De Bruyne, who started and played 63 minutes against Arsenal after his brief midweek cameo in their win over Everton.

The Belgian had been out with a hamstring injury since January 20 and was taken off early as he continues to build towards full fitness.

De Bruyne is in contention to start a second game in a row, however, as Pep Guardiola on Tuesday confirmed he had no fresh injury concerns.

The only remaining injury within the squad belongs to Nathan Ake, who last played in a boxing day victory over Newcastle.

Meanwhile, Borussia Monchengladbach have no injuries within the squad, giving manager Marco Rose plenty of options to think about.

The stats above paint quite a clear picture of what the tie between Borussia Monchengladbach and Manchester City will look like.

The German side have had just 44 per cent possession throughout their Champions League campaign, completed nearly 1,000 passes fewer than City and ran nearly 40km more.

This will be an industrious attempt from the home side, who you can guarantee will not go down without a fight.

There is flair within the Monchengladbach side as well, however, with the German side showing their ruthless side in attack, scoring 16 goals throughout the group stages - three more than City.

The Premier League side have had much more possession at 59 per cent, a pattern which will undoubtedly emerge once more on Wednesday.

On top of their dominance on the ball, they have also been entirely comfortable at the back, conceding just one goal and keeping five clean sheets in six games.

Manchester City in the Champions League

As prefaced above, City have been utterly dominant in the Champions League so far this season.

The Premier League leaders have won five of six games, with a solitary draw against Porto the only blot on an otherwise perfect group stage.

In truth, City were not tasked with the most challenging of groups to negotiate, with Porto, Olympiacos and a below-par Marseille completing the quartet.

Nevertheless, they completed the job in style, with summer signing Ferran Torres the star of the group stages, scoring in four different matches throughout.

A win against Monchengladbach would see them progress to the Champions League quarter-finals once more, but it's the famous trophy they want so desperately.

They simply have to win the tie.

Borussia Monchengladbach in the Champions League

Borussia Monchengladbach had never previously reached the Champions League knockout stages before and were drawn into a significantly more challenging group than City.

In fact, they were perhaps one of the surprise inclusion in the Champions League last-16, despite having claimed domestic wins over Bayern Munich, RB Leipzig and Borussia Dortmund this season.

What was even more surprising was that Inter Milan, who are now top of Serie A and who reached the Europa League final last season, finished bottom of their group.

Completing the quartet was Shakhtar Donetsk and Real Madrid, who progressed as group champions.

Monchengladbach finished the group with a record of two wins, two draws and two defeats, which was identical to that of Shakhtar.

However, it was the German side who progressed, having beaten their group rivals in both home and away ties.

It was against Shakhtar away where Monchengladbach produced their finest performance in the competition to date, with Alassane Plea scoring a hat-trick in a 6-0 demolition.

Monchengladbach vs Man City: The odds

With Manchester City currently in the midst of a preposterous winning streak, it comes as no surprise to any that they are the overwhelming favourites for Wednesday.'s encounter.

The Premier League leaders are favoured at 1/3 to win the match, while Monchengladbach are the underdogs at 19/2, with a draw at 26/5.

*Odds courtesy of OddsChecker and correct at the time of publication.