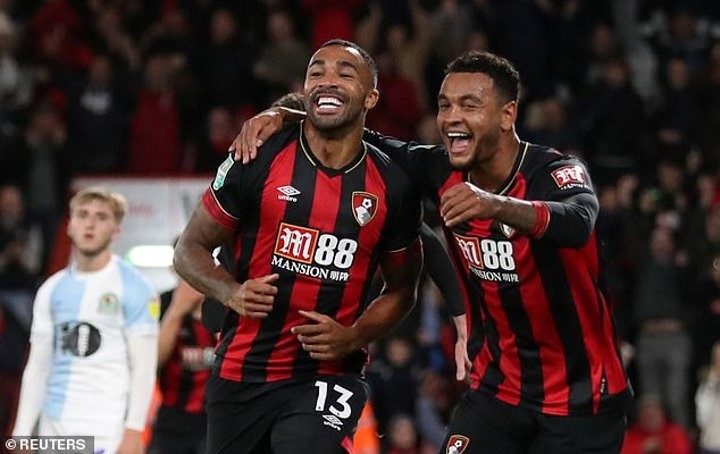 Bournemouth are set to cash in on their star players this summer in a reversal of their big-money spending policy, according to The Sun.

Tottenham and Manchester United are among the teams considering moves for the likes of Callum Wilson, Joshua King and David Brooks at the end of the season.

Since earning promotion to the Premier League in 2015, owner Maxime Demin has bankrolled a number of expensive transfer purchases - including several failures such as Jordon Ibe and Dominic Solanke - but now wants the club to recoup some of those costs.

The club will lose Ibe and Ryan Fraser on free transfers this summer, and Wilson and King could be following them out the door for big fees as Eddie Howe plans an overhaul.

Wilson joined from Coventry in 2014 and helped fire the club to promotion from the Championship a year later, racking up 91 goals in 249 games despite two serious knee injuries in that time.

King, a former Manchester United trainee, was subject of a £45million January transfer window bid from his old club that was rejected, but may now be on his way.