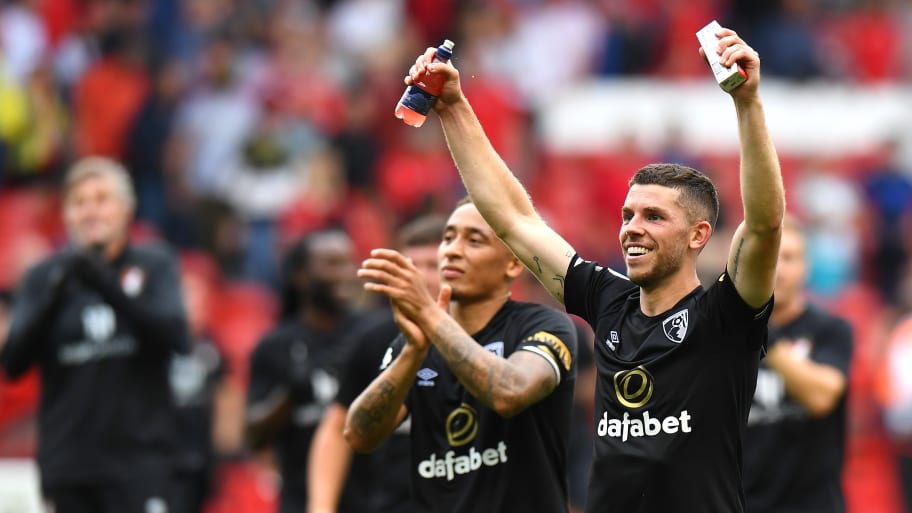 Bournemouth welcome Brentford to the Vitality Stadium on Saturday afternoon for the first-ever top flight meeting between these two clubs.

These footballing institutions first met in 1923 and have duked it out in the second, third and fourth tier of English football, the FA Cup and League Cup and even the Auto Windscreens Shield (the most prestigious of all) - but never once on the (second) highest stage.

99 years on from their first meeting, the pair have both won two matches this term, with Brentford one point ahead of their upcoming hosts in the early mid-table.

Here's everything you need to know about this historic meeting.

Where are Bournemouth vs Brentford playing?

Where can you watch Bournemouth vs Brentford in the UK?

Where can you watch Bournemouth vs Brentford in The United States?

Where can you watch Bournemouth vs Brentford in Canada?

Where can you watch Bournemouth vs Brentford Highlights?

David Brooks suffered a "slight setback" with some pain in his hamstring after returning to the training pitch prior to the international break.

Summer arrival Joe Rothwell is nearing full fitness after picking up a thigh problem before he could make his debut for the club. Ben Pearson injured his knee in the riotous loss against Liverpool in August, but avoided any severe damage and could also be available this weekend.

Defensive pair Lloyd Kelly and Ryan Fredericks were both forced to miss Bournemouth's draw against Newcastle a fortnight ago and their involvement this weekend remains in doubt.

Ethan Pinnock made a welcome return to training during the international break, playing 80 minutes of Brentford's behind-closed-doors friendly against Reading.

Christian Norgaard didn't feature and remains a doubt with Achilles tendonitis. Keane Lewis-Potter's fitness is also uncertain while he has been nursing a knock over the club hiatus.

Since ushering Scott Parker towards the exit, Bournemouth are unbeaten under interim manager Gary O'Neil. However, the Cherries offer precious little going forward, averaging the fewest shots in the division by some distance.

Brentford, despite an uncharacteristically listless outing against Arsenal in their most recent match - not only create a great deal more chances (81 shots to Bournemouth's 44) but convert these efforts with the second-best efficiency rate in the division (17%).

The added sting provided by the Bees may overwhelm their upcoming hosts this weekend.

This article was originally published on 90min as Bournemouth vs Brentford: How to watch on TV live stream, team news, lineups & prediction.