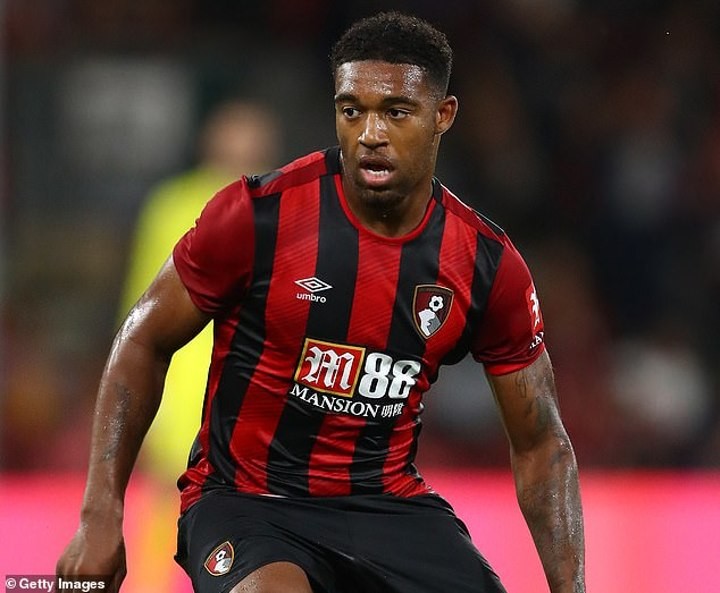 Jordan Ibe has said he has 'no regrets' with how his career has played out so far as Bournemouth prepare to let his contract expire.

The former Liverpool player, who joined in 2016, is out of contract at the Vitality Stadium on June 30 and the south-coast club have no intention in offering him fresh terms.

Ibe had great expectations on his shoulders at Liverpool, and even when he left for Bournemouth, but disappointing form on the pitch and misdemeanours off it have played out.

When asked during a Twitter Q&A if he had any regrets, Ibe was defiant in that he just needs to apply himself.

Ibe, who joined Bournemouth for £15million, wrote in response: 'No regrets, just need to apply myself'.

He emerged alongside Manchester City star Raheem Sterling at Liverpool and there was hope that both could go on to dominate for the Reds.

But issues off the pitch began to rear their head during his Anfield stay, a pre-warning to the problems he has since encountered at Bournemouth.

A set of pictures caught him smoking shisha with Sterling on a night out. It was the first sign of trouble from a player who refused to use an agent as a youngster such was his trust in his mum and dad.

'If I need help, my parents will sort it out,' was what he told The Guardian in 2015. 'My family will always be number one to me, and I trust them implicitly.'

He has had brief moments of promise with Bournemouth but has not reached the level many hoped he would when he departed Anfield.

Ibe struggled in 2018-19, and this season his performances have been such that a move away looked almost certain back in January, with Scottish champions Celtic linked with a move.

Further problems off the field have magnified his troubles. Ibe appeared in court last December following an incident which saw him drive his white Bentley into a coffee shop, before taking off. He was banned from driving for 16 months and slapped with a £7,500 fine.

His latest misdemeanour saw him post a picture of himself visiting a barber during the coronavirus lockdown. He had posted an image of it on Instagram, before taking it down and apologising.

In a statement, he said: 'I didn't think it through and I apologise. I made sure to wear protective equipment but I didn't realise it was in breach of the guidelines.

'There wasn't any intent to disobey the guidelines and as soon as it was brought to my attention, I took the post down immediately.'

Three weeks ago Ibe revealed he is in rehabilitation to improve his mental health and become a better person after 'making poor judgements.'

He issued a public apology and confirmed he had sought help after being stopped by police while driving without a licence.

Ibe was banned from driving for 16 months and fined £7,500 in March after crashing his Bentley into a coffee shop in Bromley, south east London, before driving off.

Ibe has spoken about his own battles with mental health issues. He released a statement which read: 'I want to apologise for my recent actions and explain the circumstances around my behaviour.

'I am currently in rehabilitation and hoping with the right help my mental health can improve and I can concentrate on becoming a better person after making poor judgements. While banned from driving I have been stopped by the police driving my car and will now face punishment for this error.

'I would like other people suffering from mental health issues to seek help. Health is more important than anything and I am concentrating on getting better before thinking of football.'